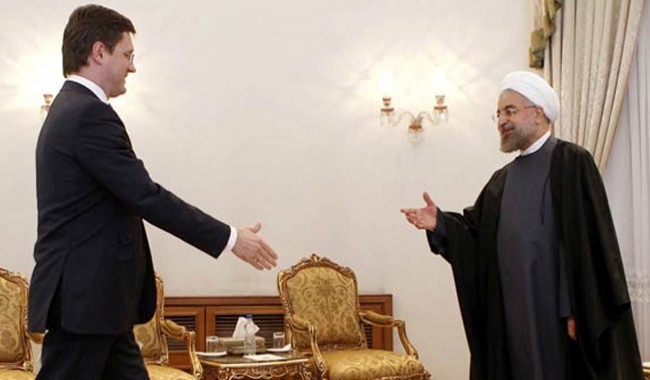 EU trade sanctions against Iran are creating new import and export opportunities for companies outside of the European Union, who look to doing business in Iran and who seek to navigate constraints on currency exchanges.

Reuters recently reported how the Russians are seeking to profit from western trade sanctions and alleviate the effects of their own sanctions being imposed by Europe for their activities in the Ukraine, by trading grain for oil.  The Russian state controlled United Grain Company (UGC) is set to supply grain to the tune of $500 million. This direct goods exchange cuts out currency exchange requirements involving the dollar and offers .

Tehran’s nuclear programme means that western nations are constrained from trading particular goods, but a Russian-Iranian trade forum has offered this opportunity for a ‘grain for oil’ deal. Business forums offer ideal opportunities to network with foreign businesses and negotiate future business opportunities.

The European Union and the United States have imposed sanctions on Russian officials, banks and businessmen, as they have with Iran trade partners over Tehran’s position on nuclear technology development.

Iran faces a poorer-than-expected domestic harvest this year, so companies involved in grain export could have a significant advantage in terms of doing business with Iran.  The Islamic Republic has recently increased its import activity in order to meet demands for food from the Iranian people. In recent years, Iran has imported approximately 5 million tonnes of this staple food commodity.  Now, there are estimates by Andrey Gormakh, the First Deputy Chief Executive of Russia's state-controlled grain trader, that their current requirement is for as much as 6 million tonnes of grain per year.

Northern ports in Iran on the Caspian Sea are easily able to receive large cargo shipments from Russia. Companies in countries in the Middle East, such as Kazakhstan are also benefitting from the opening of a new section of railway between Kazakhstan, Turkmenistan and Iran since November, opening more import business opportunities from enhanced Iranian rail freight routes.

Kazakhstan is Central Asia's largest grain producer, and the Kazakh President Nursultan Nazarbayev has expressed an interest in increasing grain supplies to Iran for up to five times current export levels.

The White Rose Group in Iran, has on-going business projects and interests in Central Asia and can offer successful international project planning and management or trading and investment support for companies looking to do business in Iran and surrounding countries. The team of freight forwarders at this logistics company have over twenty years’ experience as international project management professionals, specialising in trade with Iran and we can answer commonly asked questions in relation to business logistics or issues and customs associated with Iran exports and imports and areas in the Middle East.  Given current EU trade sanctions, these are interesting times for reconfiguring business networks in the region.