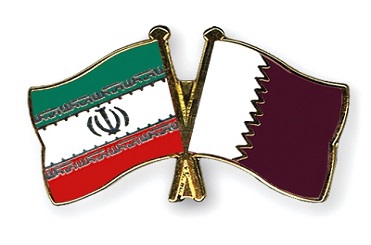 Jassim bin Jaber bin Hassan al-Thani recognises that that the freight shipping distance between the port of Shahid Rajaei  and the Qatari port of Doha is less than three hours.  As Bandar Abbas is a special economic zone in Iran, the port has been undergoing expansion and development in recent years, offering opportunities for closer trade ties between the two neighbours.

When officials of the Trade Promotion Organisation of Iran, met with the Qatari Deputy Minister in September, the fact that there are currently there no direct shipping lanes between the two countries was raised with a view to improving international logistics in imports and exports.

It is interesting that the visit coincides with infrastructure improvements at the port and has allowed the chance for traders and businesses in Iran to develop their overseas networks, helping them to potentially expand into new markets in future.  In particular, this meeting saw three major Qatari food companies present, suggesting that there are excellent import and export business opportunities for Iranian producers and suppliers in this sector.

Demand for basic products from the Qatari market looks to be expanding , coinciding with challenges and obstacles to trade and development facing  Iran and Qatar, even as trade with Iran continues to grow.   On-going dialogue between the two countries can only help to identify the key problem areas and facilitate finding solutions.

Iran’s foreign trade has grown by 22% during the first six months of the current Persian calendar year (starting March 21st 2014) compared to the same period of the previous year.

“The volume of the country’s foreign trade volume grew … to over USD 53 billion…” head of the Trade Promotion Organization of Iran Valiollah Afkhami-Rad said in an interview recently.  He anticipated that international trade with Iran could reach USD 110 billion by the end of the current Iranian year. In the first four months alone, non-oil exports grew 20% to USD 16 billion.

International project planning and management prospects for the White Rose Group are looking better week by week, month on month with Tehran’s recent aims to “…provide more impetus and support for the Iranian exporters of technical and engineering services as well as high value-added and high-tech products”, says Afkhami.  The White Rose Group are continually seeking to extend their networks in this business sector.

Whilst the main export destinations are currently China, Iraq, the United Arab Emirates, Afghanistan and Turkey in order of volume, Qatar’s interest in extending trade with Iran offers more exciting times for international project planning and management and freight forwarding services from Bandar Abbas for this company.