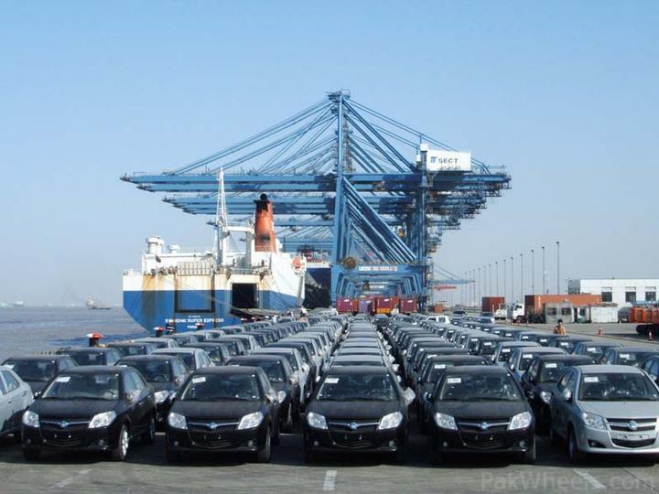 Iran importers of cars are seeing trade zooming since U.S. and E.U. trade sanctions have been eased.  Imports of cars have jumped to 150% since Spring to August alone.  In particular, this sector of trade with Iran has centred around exports from the U.A.E.

A staggering 44,000 cars have been imported by Iran, compared with only 17,000 in 2014.  These figures have come from Tehran’s Customs Administration.

A market analyst agency, HIS spokesperson has also put this fuelling of supply down to the temporary relief of sanctions which has driven entrepreneurs, freight management companies and associated businesses to ride this market, which has high demand and good profit returns.   Pierluigi Bellini, an analyst who covers the car industry at the research firm IHS says: “There’s pent-up demand.”

Cars ready for export to Iran, amongst other countries, are presently in the pipeline from the Al Aweer car market in Dubai, from where 90% are for export.

Taj Shaikh, a manager at Ideal Cars in Al Aweer gave some insight into the prospects for other businesses wanting to get into this potentially lucrative product line. “Business here depends on exports”, he was quoted as saying.  Other car sales companies have echoed the optimism surrounding the car export industry and in particular trade with Iran, which one salesman estimated as having increased by about 35% since last year.

According to Shameer Sameek, a salesman at Western Auto: “Iranian customers buy in volume, and are very particular on the specifications”.  Import companies in Iran tend to be wholesale dealers, who can achieve a healthy mark-up, accessorising and customising vehicles for the Iranian consumer.

It is significant for import businesses and entrepreneurs that wholesale customers in Iran prefer the latest vehicle models. Identifying the right models is key to faster turnover and cash-flow, given how buyers will import in bulk for retail sale.

Used car businesses in Al Aweer prefer to export to Iran, rather than sell within Dubai, because of the better profit margins exports can achieve and also, improved constraints in terms of documentation.

The executive order imposed in June last year, prohibiting trade between US firms and the Iranian automotive sector hit Iran hard, but now with UAE trade improving, opportunities for businesses and consumers alike are turning around .

The Iranian car market previously stood at 1.7 million in 2011, according to Mr Bellini, with several hundred thousand cars being imported to Iran from Arabian Gulf exporters before the sanctions.

EU and U.S. sanctions hit a number of industries.  In particular, banks lending to exporters and insurers were constrained, passing costs onto businesses and even refusing to cover products for export to Iran with insurance in some cases. “Bridge loans, trade finance, and insurance were all affected,” said Mr Bellini.  Dealers experienced increases in the cost of doing business, albeit some Iranian exports and imports continued.

There is no doubt that the news coming out of Iran in terms of trading relations are improving since the easing of sanctions.  Tehran’s domestic nuclear policy and a lack of trust on the part of western nations, resulting in sanctions has had a recessionary effect which is finally turning around.

Devaluation of the Iranian rial pushed up shipping costs for Iranian importers and foreign export companies. Now, however, opportunities for exporters in the Middle East and elsewhere are looking much better.  The White Rose Group is looking forward to benefitting from these recent changes to the market and welcome enquiries from companies looking to find project planning and management support from well-established partners, such as ourselves.

If you have any questions about how we can help or any matters in relation to Iranian exports and imports, please get in touch and leave us your questions and comments.