Prospects For China and Russia Oil Company Extraction In Iran 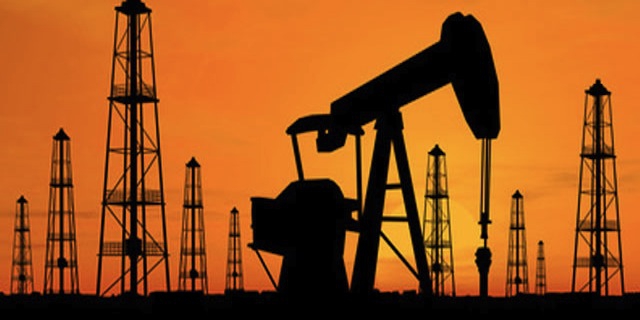 In 2010 two key western oil companies ceased to operate in Iran, as well as a Gulf neighbour froze some Iranian business bank accounts in response to E.U. and U.S. Trade sanctions against Iran.  The sanctions have been deeply criticised by both China and Russia, who have continued to build trade ties since.

In August 2014, Chinese oil producers continued drilling in Iran in spite of weak performance in recent years; as oil prices now have dropped to $45-$50 it remains to be seen if their operations may also be compromised.

Iran's deputy oil minister for international affairs, Ali Majedi, has explicitly acknowledged to IRNA, the state news agency, that development of Iranian oilfields by Chinese companies has not been on the same scale of European companies, albeit their activities offer a lifeline for trade with Iran.

The Chinese oil producers are being held to their responsibilities to adhere to contractual arrangements in relation to the duration of the projects, (the period for development and reimbursement would be 12 years), implementing these on agreed schedules and also “improving quality of their works”.

China National Petroleum Corporation (CNPC), a Chinese state owned enterprise, signed a memorandum of understanding with their Iranian counterpart the National Iranian Oil Company (NIOC) in 2009.  This commits CNPC to paying 90 percent of development costs for the strategically important Azadegan oilfield, near to the Iraqi border, north of Ahwaz. For this, it benefits from a 70 percent stake. Reuters has reported an Iranian official said the Azadegan project needing investment of up to $2.5 billion.

"This contract has been signed in the form of the new buy- back (terms)," Iran’s Mehr News Agency reported at the time. Under so-called ‘buy-backs’, companies transfer operations of fields developed by external investors to NIOC after development.  The Chinese will then receive payment from oil or gas production for a few years to cover their investment.

In the past, foreign firms complained that the terms of such deals were not worthwhile and may even lose money for developers. But Iran revised oil and gas development contracts to offer more incentives to foreigners back in 2008 making oil field development more attractive to foreign owned companies.

Almost a year ago Iran issued an ultimatum to CNPC over its persistent delays in developing the South Azadegan oilfield. The Iranian Oil Minister, Bijan Namdar Zanganeh even threatened to expel CNPC.  It will, therefore, be interesting to see reports coming out of the capital in the next few months in view of recent oil price drops, which could add to tensions.

Iraq, owns the other half the Azadegan joint oilfield and from September 2013 has been producing 175,000 barrels of oil per day at the field.  Baghdad plans to increase its production at the field up to 400,000 barrels per day soon.

Meantime, Russian firms have also shown an interest in financing Iran's oil and gas projects.  According to the IRNA, Asghar Soheilipour, the head of the Investment Committee of the National Iranian Gas Company, (NIGC), said that Russian companies are looking to refocus investment away from Syria and Eastern Europe.  "One company even proposed to inject $2 billion immediately," Soheilipour said.

According to the official, a Russian company has financed a $700-million pipeline project from southern city of Iranshahr to southeastern city of Chabahar, where Tehran has been attracting inward investment to develop the port, in accordance with developing Iran’s exports and imports.  This pipeline project is expected to be completed in two years.

Following US and EU sanctions imposition on Russia over the country's alleged role in Ukrainian crisis, this has opened the opportunity for Tehran to boost its ties with Moscow, who are looking to increase its imports of agricultural products and food stuff to Moscow from Iran in order to meet the country’s domestic demands.

The White Rose Group welcomes the expansion of ties with more foreign investors, even as we look forward to satisfactory outcomes of discussions with the so-called P5 + 1 over Tehran’s nuclear programme. Increased trade with Iran, Russia and China can only help bolster Iran’s position in these talks.