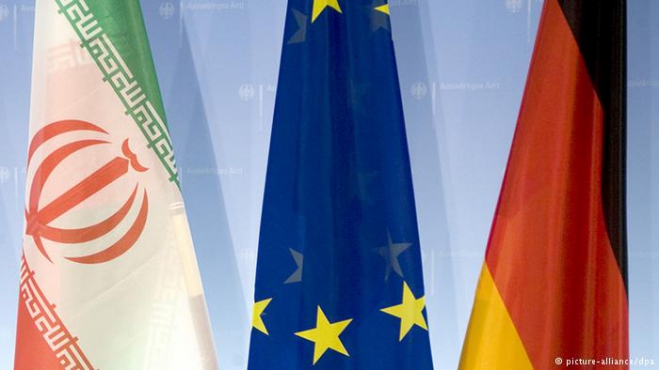 The Iranian news agency i24 news reported this week that German trade with Iran took a huge leap forward during 2014, and more import and export business opportunities in future could be further fuelled by Iran’s petrochemical and gas industry in the South Pars region of the country, they say.

The 30% increase in exports from Germany is the biggest increase in trade in a decade and is a sign of easing tensions with the West and evidence of their much welcomed implementation of a gradual reduction of sanctions against Iran.  Given some estimates that half of Iran’s urban population currently live below the poverty line, Iranians can now really begin to believe that change for the better is well and truly on the way.

Export to Iran from Germany last year was valued at 2.4 billion euros, according to data published by the Federal Statistics Office this week.  Germany, as the strongest European economy, has offered the greatest import and export business opportunities with Europe for the Islamic Republic in the past, so perhaps it is no surprise that amongst Iran’s trading partners in that region Germany should take the lead the in the easing of Iranian trade sanctions.  As progress is made in talks on Iran’s nuclear program, we expect to see this trend broaden to our other E.U. trade partners.

According to Reuters reports, Volker Treier, of Germany's DIHK Chambers of Trade and Commerce, said that this 30% jump in exports was down to “…insurance for ship transport and the delivery of car and aircraft parts…” being allowed.  This development heralds imminent growth in Iran’s car and aeronautical industries.

Treiers tone was reassuringly positive: “In the next five years a doubling of exports is possible. In 2005, they reached almost 5 billion euros, we want to get back to that in the short term”.  Iran’s stated intention to double its gold output could be key to funding Germany’s planned export increases to Iran.

Sanctions against Iran by the E.U. have included: nuclear, missile, energy, shipping, transportation, and financial sectors.  As key sectors of industry for the $483 billion Iranian economy, dominated by oil exports, the White Rose Group is looking forward to a reversal of hardship for our 77 million fellow Iranians as doing business with Iran picks up momentum once more, creating jobs and further lifting aspirations for Iranian people.

We expect trade in oil and petroleum products from the Pars Region and beyond, together with more financial transactions by American companies in particular will make the difference Iranian businesses have been looking forward to since the impact of sanctions really took hold in Iran. Whilst the E.U. currently bans most financial transactions with Iran, Iranian exports of oil, natural gas and metals from Iran, mean these trade areas will lead the way in increasing the value of financial transactions in the near future too. Great news!