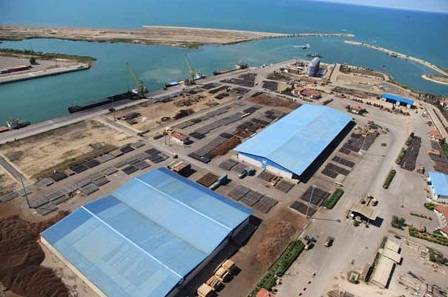 India is really looking to step up doing business with Iran in terms of increasing import and export business opportunities with Afghanistan via Chabahar port.  With the easing of sanctions against Iran by the West combined with tensions between India and Pakistan, the emerging superpower has more reason than ever to ramp up its investment plans for the development of the Chabahar port in the Chabahar Bay area of Sistan-Baluchistan province. Chabahar makes Afghanistan reachable for Indian exporters within only a few days, given enhanced rail networks north through Iran.

The Indian press sometimes refer to China’s ‘string of pearls’ in the Indian Ocean as another strategic consideration for increasing support for Chabahar’s development. This is a reference to geopolitical ideas about potential Chinese plans around the Indian Ocean region; in particular the Chinese network of military and commercial facilities and relationships throughout its sea lines of communication, which extend to the Red Sea.

India is concerned in particular about China’s operations in the Gwadar port in Pakistan. Because development of Chabahar port was not happening quickly enough for China’s export needs, India is observing the investment of about $78 million made in 2013 by China to upgrade Pakistan’s deep sea port at Gwadar with their own hopes of where China’s interests could end.   A multi-billion dollar LNG pipeline and terminal has been agreed between Beijing’s officials and Islamabad for the port. Such pipelines could be extended from Gwadar to Iran for gas import to Xinjiang when sanctions against Iran are finally lifted.

Chabahar port has been key to developing Iran’s freight forwarding infrastructure since the mid 1980’s when plans were held.  It is now over a decade since India’s original offer of investment support, but U.S. diplomatic pressure on India to strengthen international sanctions against Iran meant construction works at Chabahar port stalled. Since 2012, a Chinese state-owned company has taken over the administration of the Gwadar port around the same time that India resumed work at Chabahar in partnership with another 12 countries in central Asia, the Gulf and Europe.

In addition to New Delhi’s $100 million investment at Chabahar, they have also completed a 200 km road from Zaranj, a border town in Iran in the Nimruz province to Delaram in Afghanistan. Despite U.S. objections, India transported wheat to Afghanistan through Chabahar port.

The geopolitics in the central and southern Asian regions are sometimes frought, but this makes the on-going port development at Chabahar even more of a priority. Recent easing of sanctions against Iran by the P5+1 has been limited; for instance trade restrictions on strategic products include petrochemicals and related products, aircraft parts and precious metals will be subject to implementation of assurances given by negotiators in Tehran. These sectors collectively accounted for $7 billion of trade over six months

Despite withdrawal of U.S. troops from Afghanistan, they still have interests in the region so the New Delhi trade departments will have to seek to maintain the confidence of Washington in spite of engaging with Beijing.

America is watching the growing Chinese presence in the South and Central Asian region uneasily. Any role in Afghanistan by China will also unsettle U.S. diplomatic efforts. Growth of Indian import and export opportunities in the region is inevitable, but any coinciding strengthening of Iran’s position alongside still makes some Republican politicians nervous, it seems.  Russia too is interested in Afghanistan, which could mean increased Indian co-operation with the Kremlin.  There is a lot at stake for a number of powers in terms of transport infrastructure development around Iran.

For Tehran, Bandar Abbas port on the Strait of Hormuz, though strategically located, is unable to handle high traffic load Chabahar could handle. Bandar Abbas currently supports 85% of Iran’s freight shipping, but can only accommodate a 100,000 tonne cargo ship. Most cargo ships take 250,000 tonnes, so currently cargo has to be first offloaded in UAE port, then sent in smaller shipments to Bandar Abbas.

As a result, Tehran currently pays out hundreds of millions of dollars to UAE in shipping costs. The situation is hardly ideal for Iran as the threat of UAE closure of this facility is ever-present.  Conflict between Iran and the UAE or GCC countries and their western allies is a realistic possibility. In addition, the U.S. also has a naval patrol in the area, which exporters and importers have to be mindful of and this creates its own logistics complexities for Iranian companies looking to expand business abroad.

The distance between Chabahar and Gwadar is only 72 km, which is advantageous potentially for both China and India due to enhanced road and rail connectivity to landlocked central Asian countries and even beyond to Russia and Europe, as well as countries in the Gulf.

Chabahar has some advantages over Gwadar, not least because this port sits amongst the most under developed districts in Pakistan. Baluchi people are objecting to this project and there have even been killings of Chinese engineers. A number of Pakistan’s political parties are in opposition to the developments e.g. the Balochistan National Party-Mengal, Baloach National Front, Baloach Republican Party and militant organisations like Balochistan Liberation Front, Balochistan Liberation Army and Balochistan Republican Army.  The political and social situation has slowed down progress at Gwadar.

Chabahar has no such strife.   Proposed road and rail links connect directly with Afghanistan. Nevertheless success of the project will depend on the security situation in Sistan-Balochistan province and of course, in the rail and road links in Afghanistan. Iran has stymied any possible insurgency in Sistan-Balochistan so far and the White Rose Group hope that the eventual economic benefits for the region in terms of local jobs will increase support for this global freight facility.

Apart from India’s desire to increase its links with Afghanistan and beyond, Chabahar could also be key to easier access to oil and gas in the region. This is the bedrock for import and export opportunities for many Iranian businesses.  Planned direct freight shipping routes between Chabahar and Mumbai and Kandla can only mean greater possibilities for Iranian companies. North-South and East-West transport corridors and rail freight links will further boost trade between India and Iran.