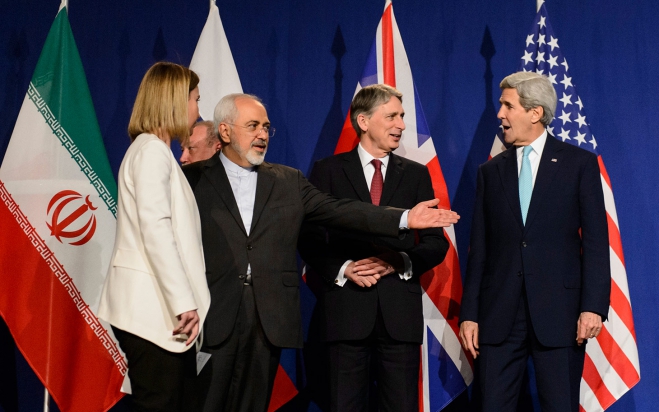 So, as politics surrounding the sanctions against Iran being lifted rumble on, it seems that President Obama will veto any deal which torpedoes progress on lifting sanctions.  Also, opposition from the apparently pro-Israeli  position of fears over the implications of sanctions is being exposed as somewhat bogus politicking.  Benjamin Netanyahu,  the many Israeli politicians, 'pro-Israel' conservatives in the US, amongst others ‘crying wolf’, were all it seems, not really even in agreement with the Israeli defence establishment.  A news item has surfaced that claims that the ‘hysteria’ “in a real sense, was manufactured BS meant to leverage the U.S. political climate.”

So, as these final political obstacles are dissolved, Iranian business owners can once more look forward to developing plans for expanding exports and foreign investors can really have confidence that final Iran is ‘open for business’.

Benny Gantz, Chief of Staff of the Israel Defense Forces from 2011 until February this year spoke critically last Friday at the American Israel Public Affairs Committee in Washington (AIPAC) on the ‘hysteria’ surrounding Near East Policy.  He recognised that the nuclear weapons deal was an important "achievement".  He went on to say that the greatest threat to Israel future is not Iran but internal divisions within Israeli society, a subject seldom discussed in Western press.

Some commentators are arguing that the sanctions relief will have far-reaching benefits for both Iran and the West.   Effectively, there has until now been what the west might describe as a ‘Cold War’, i.e. tense relations and stand offs,  that have persisted between Iran and the United States for thirty five years and with Europe over the last decade.  The rebuilding of mutual trust may strengthen our own reformists, as Iran's economic strength and stature grows and this historic agreement even reduce tensions in the middle east region over time.   The U.S. could become less reliant on allies like Saudi Arabia, for instance, which will likely benefit Iranians more, as business exports and import agreements are re-routed and diplomacy potentially shifts in Central Asian countries.

Iranian businesses with whom we work are pragmatic and understand the long game; they want to grow and thrive in the future.   At the same time, increasingly our leaders are looking outwards and recognise our futures are all tied to those of our neighbours too and this does not necessarily undermine our own identity or interests, in fact, more likely our trade connections with regional and international partners will strengthen our economy, which will help us also achieve our aspirational goals.

All political agreements involve an element of compromise and if nuclear development progress is slowed, this can still mean that we can achieve our geo-political and socio-economic objectives in other ways.  Iran can still satisfy internal energy demand through better exploitation of our oil and gas reserves, to say nothing of the skill development and enhanced employment that comes alongside working with partners who have the skills, expertise and resources that help us maximise our own energy resources.

The expansion and diversification of industry that sanctions relief can offer could offer us the lasting economic power Iranian leaders crave, increased revenues Iranian business owners will thrive on and ultimately a better quality of life for ordinary people.

Iranian companies with interests in key sectors of development are hungry to source investment and formulate joint ventures with overseas business.   Companies such as those within the White Rose Group network have the established contacts to facilitate making the required connections overseas, accessing and processing required paperwork and administration, as well as the resources to support your logistics.  If you are looking to expand your business abroad, talk to us about the challenges you are experiencing and let us track a route through and around to get you where you want to be in the future. Moving forward with your plans right now means you stay ahead of your competition and seize the many opportunities coming on stream as confidence grows.