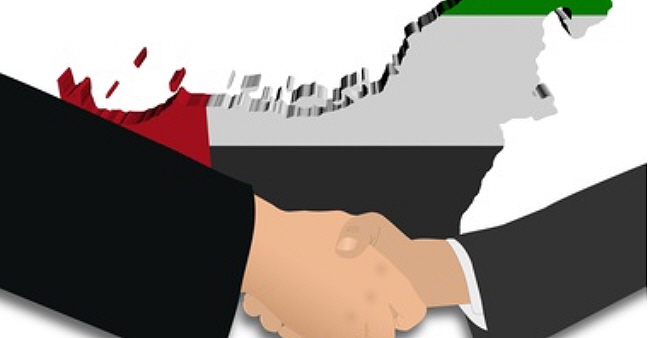 There were reports this week that trade between Iran and the UAE are likely to return to previous lucrative levels. Trade has previously been put on hold due to the International issues and sanctions concerning Iran’s attitude to nuclear development.  But since November last year when the historic deal was made between Iran and the p5 +1 world powers it is quite clear many trade routes can be re-opened and it is likely economies of all countries concerned will benefit.

Seen as one of the most significant foreign policy achievements in Barack Obama’s presidency, the agreement sealed in November 2013 saw Tehran agreeing to tailor its nuclear development and the united powers offering a six month temporary lifting of the major imposed sanctions. The meeting heralded a slow de-frosting of strained relations with the US which had been in place as early as 1979. Now other powers can see potential for growth.  Bilateral relations between Tehran and Abu Dhabi have been developing since President Rouhani took office in Iran in August last year.

President Rouhani was very positive about Iran-UAE relations in an interview with Tasnim News Agency. He said “In the current conditions that a more pleasant atmosphere has been created internationally, the economic cooperation with the UAE can develop more than before.”  Since the beginning of 2014 actions have been made to revive the Iran-UAE trade corridor which had previously been valued at $12 billion

There still remains caution in the air but UAE are clearly hoping to see full sanctions removed in order to return to healthy trading again. Hamad Buamim, the chief executive of Dubai Chamber of Commerce and Industry stated “If there’s an easing of international sanctions against Iran this will definitely benefit Dubai. If there’s a development, especially on the payment part, this will support the rebound in trade between Dubai and Iran.”

Sultan Bin Saeed Al Mansouri , the UAE minister of economy  took it one step further when interviewed by the Gulf News when he said “If the issues are resolved, I am sure the first country that will benefit out of that is the UAE.” He went on to say there was great scope to work with Iran in such industries as oil and gas, renewable energy, tourism, logistics, transportation and agricultural products.

Iran’s trading horizons continue to grow as it becomes more stable. It is already exporting oil to India, South Korea and Turkey amongst other countries.

The White Rose Group offers businesses and organizations, whether SME or large corporate enterprise, a unique cost-effective Import and Export solution covering the width and breadth of Iran. If you are interested in trading routes or export and import with Iran contact us by filling in our contact form or view our main services here