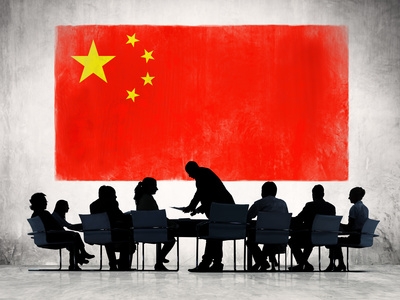 The first few months of 2014 have seen a definite escalation in how Iran is trading with neighbouring countries and global powers. The trigger was the successful conference between Iran and the P5+1 powers in November 2013.  As Iran agreed to restrictions on its nuclear experiments programme, the opposing powers in return reduced trade sanctions for a temporary period.  Slowly as reported in last week’s article this has led to old trade partners commencing trade again.

In February, China signed an agreement which it is hoped on both sides will lead to a tripling of bilateral trade over the next three years. A major part of the agreement will be to establish an Iranian Industrial park and also create joint shipping lines between the two countries. The main industries they will both be concentrating on will be mining, banking, petrochemical concerns, oil, gas, transportation, communication and information technologies.

This new agreement sees a return to trading prior to the sanctions on Iran. In 2012 the annual bilateral trade amounted to $36 billion dollars. When interviewed by the Tehran times Iran-China Joint Chamber of Commerce Chairman Asadollah Asgaroladi estimated that figures were likely to be the same at the end of this financial year - at around $38 billion.

On March 2nd a delegation of Chinese traders attended a conference which was focused on investment opportunities in Iran and China.

According to reports, Iran received $71 billion in trade of non-oil goods during the first 10 months of the Iranian calendar year.  Even though statistics show exports fell by 2.55% the volume of exports increased by 15% when compared with the same time last year. (The main exports were rice, soy, and wheat).

The three countries who were importing the most of Iran’s products last year were China, Iraq and the United Arab Emirates. Together these three countries imported nearly $13 billion in Iranian goods and products. This was partly reflected in exports to Iran. The top three powers exporting were again China and the UAE, and also India. Their exports to Iran were valued at $7.985 billion, $7.365 billion, and $3.298 billion, respectively.

The White Rose Group offers businesses and organizations, whether SME or large corporate enterprise, a unique cost-effective Import and Export solution covering the width and breadth of Iran. If you are interested in trading routes or export and import with Iran contact us by filling in our contact form or view our main services here