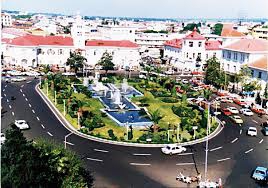 President Hassan Rouhani recently announced that in collaboration with Azerbaijan, Iran will begin construction of the Rasht-Astara railway in northern Iran in the very near future.  His good news will be welcomed in Rasht, where he made his comments, when on a visit last month.  Good news travels quickly, so no surprise that this was picked up in Azerbaijan’s news.

Rouhani described the construction of the Rasht-Astara rail freight route as "significant" issue, taking trade routes north to the Caspian Sea and onto Azerbaijan.  This is due to the expansion of trade partnerships in the region, as part of the government’s policy of building strategic networks with neighbouring partners.

President Rouhani also said that he had discussed the issue of International North-South Transportation Corridor (ISTC) with Russian officials on his visit to Moscow recently.

The President said that the construction of the Qazvin-Rasht railway is going through its final construction phase, so businesses and families wanting to head north can expect to be travelling by railway on the route sometime in the year.

Following completion of this rail freight transportation route, Iran’s southern port-city of Bandar Abbas will be connected to Moscow.  Rouhani commented that the corridor will also facilitate freight cargo from South Asia.

Meantime, Azerbaijan has launched a simultaneous railway construction project to extend its rail links into Iran.  This is going through some final tests and transportation officials expect this too will be begun soon.

To meet the terms of the Iranian and Azerbaijani transportation deal, the Islamic Republic has had to purchase land where the Rasht-Astara railway segment will run. Azerbaijan will finance the construction side of the $500-million railway.

The main goal is to implement the strategic route of installing the International North-South Transportation Corridor.  This offers huge scope for exporters who seek to build links with Russian counterparts.  It also opens more sea freight options through the Islamic Republic for Azerbaijan, as well as Russian business partners.  The great news for businesses in the region is that this north-south corridor could reduce logistics costs by over 40 percent and also halve travel time between Russia, Azerbaijan and Iran.

Azerbaijan as a transit country stands to gain significantly from this transportation project. It is expected to bring millions in foreign currency, which is hugely important. Also, it boosts the Azerbaijani non-oil sector.

For the region as a whole, the on-going infrastructure developments here, in Afghanistan and elsewhere in neighbouring countries mean that the transport infrastructure of the region is opening up greater opportunities for local people and traders alike. For Azerbaijan, there is the additional benefit of opening up access to the Arab Gulf countries in the future.