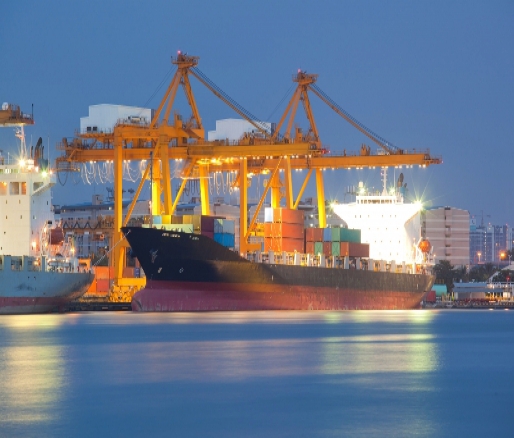 Iranian steel exports are currently up 29%. This comes as part of a slew of recent figures about the increasing export and imports benefitting Iranian companies and where benefits are being felt among the wider population.

In this sector, the Khouzestan Steel Company forged ahead its exports, shipping overseas: 767,542 tons of slabs, 718,327 tons of billets and 472,750 tons of blooms.  Billets were the only commodity in less demand overseas, perhaps because KSC’s export price, at $390 per ton, is on average 15% higher than that in the local market.  KSC’s slab and bloom shipments, however, showed a 3,587% and 44% increase respectively.

Iran is currently the world’s 14th largest steelmaking country and its major steelmakers exported over 5.38 million tons of crude steel and steel products in the last fiscal year ending March 2017.  This was an extraordinary 29% growth on the year before, according to the Iranian Mines and Mining Industries Development and Renovation Organization (IMMIDRO).

“Some 52% of the company’s output was exported—a historical record for Iran’s steel industry,” said KSC’s sales deputy, Bahman Tajallizadeh, according the Financial Tribune.

KSC exports to 13 countries, 50% of which include Middle Eastern and North African, countries; approximately 40% goes to the Far East and about 10% to American countries.

MSC sales policy, now prioritizes the domestic market over exports. Their export plans were hindered last year due to a dispute with the Construction Pipe and Profile Manufacturers Association, which accused MSC of holding back flat steel supplies, overcharging local buyers and prioritizing exports.  This resulted in intervention by the Ministry of Industries, Mining and Trade, who officially ordered the company to shift its focus to the domestic market.

About 28% of MSC’s products went to construction manufacturers, 15% to automakers, steel and other metal sectors and 8% to heavy equipment manufacturers.

MSC and its subsidiaries is the largest flat steel producer in the Middle East and North Africa and Iran’s largest steelmaker, accounting for around 50% of Iran’s total steel output and it has about the same share in domestic flat steel consumption. The company boasts 1% of Iran’s GDP output.

Other key players in Iranian exports include:

The World Steel Association said Iran saw a 6.2% growth year-on-year, steel output standing at 17.89 million tons in 2016. They plan to move from being 14th in the world, to being the 6th largest producer according to Iran’s 20-Year Vision Plan (2005-25); the target is for 55 million tons of crude steel annual production and for 20-25 million tons of exports per year.

Iran’s Ministry of Petroleum reported 3.05 MMbpd of crude oil exports, plus other liquids between February 20, 2017, and March 20, 2017, the most since 1979, says Bloomberg.  Iran aims to produce 5 MMbpd by 2021-22; the target is 4 MMbpd for this month according to the National Iranian Oil Company.  Increased foreign capital investment in oil and gas is expected.

Resulting lower crude oil prices, through supply and demand, do, however, have a negative impact on crude oil and gas producers’ earnings for e.g. National Iranian Oil Company, Northern Oil & Gas (NOG), ExxonMobil (XOM), ConocoPhillips (COP), and Stone Energy (SGY).  Nevertheless, there are plans to drill 500 new wells in the next five years.

Iran is OPEC’s third-largest crude oil producer after Saudi Arabia and Iraq. Iran was exept from the production cut after major producers’ agreed to cut production.

Other commodity news sources say the Tehran will no longer impose planned 5-15% duties on the exports of a number of unprocessed minerals including iron ore, beginning this fiscal year, lasting for three years.   Iron ore will also see no changes, despite previous announcements.  This comes following pressure from the European Steel Association, Eurofer and industry players. The European Commission will now not impose preliminary any anti-dumping duties on steel imports from Iran, according to Metal Bulletin.  Iranian steel is now perceived as strong competition for European producers, especially hot-rolled coil shipments.

Tehran’s planned three-year period duties on the export of unprocessed minerals, including iron ore, would have made procurement cheaper for Iranian steelmakers.   Accusations of protectionism by Eurofer has changed the situation.  Iran’s domestic trade policies have to be decided with a view to export impacts according to industry commentators.

“Any direct governmental support of the steel industry can be potentially regarded by international players as subsidizing the sector…. in a free market economy, this is seen as a form of rent-seeking,” Bahador Ahramian, of Iran’s Steel Producers and Exporters Association, told the Financial Tribune.

All is good, however, given  Iran is needs to boost exports and maintain foreign markets.   Exports of steel increased 29% in the space of a year and looks set to continue increasing.