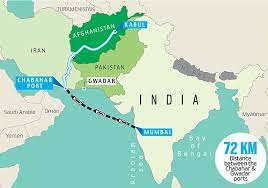 Speaking at a press conference, Saeedi said one of the main plans of IRISL is to revive previously suspended contracts.  This will help renovate the IRISL’s fleet and increase Iran’s trading competitiveness in accordance with World Bank benchmarks, which we recently reported on.

Pre-sanctions, Iran had signed a deal with South Korea’s Hyundai Heavy Industries Co. (HHI) to build 17 giant ships for the IRISL.  To that end, $158 million was prepaid nearly a decade ago.   Now, following a year of negotiations with HHI, the contract was back in play and that ISOICO is planned to receive the technology from the HHI for the mega-sea cargo vessels.

10 ships were part of the December 2016  deal, being financed by South Korean banks.  As the world’s biggest ship builder, Iran is happy to be extending its overseas trade eastwards to this emerging power house.  The contract has been valued at US$650 million, which covers the cost of Hyundai building 14,500 TEU container ships and 50,000 DWT product tankers.

This contract has been part of the IRISL’s plans to for a $2.5 billion investment to renovate its fleet.

Currently, IRISL operates around 115 ships, but many are old, uninsurable and unsafe and just over one year on from Indian Prime Minister Narendra Modi’s landmark trip to Iran, where he was lauding better regional transportation and logistics connectivity, hinging on the centrality of the Port of Chabahar.

Certainly, the end of the sanctions era marks what the PM called the “creation of history,” where his own country and Iran’s interest converge in seeking to expand Central Asian trade.

Iran, India and Afghanistan have signed a trilateral agreement to develop a north-south transport corridor from Chabahar Port in SW Iran, through Afghanistan. This marked the realisation of over a decade of Indian aspirations to develop a ground shipping route to Central Asia.

Inward investment to Chabahar is coming from a variety of budgets.   For instance, the deal relies on the Indian state-owned company, India Ports Global Private Limited (IPGPL) expanding Chabahar Port capacity to 12 million tons per year.  India’s EXIM Bank is also offering complementary credit to the tune of $500 million to fund greater rail freight connectivity to the port.  Meantime, Ircon International will build a $1.6 billion railway from Chabahar north to Zahedan on the Iran/Afghanistan border.  Zahedan on the Iranian rail network, connects to Turkmenistan and eventually to Kazakhstan’s Caspian coast.  In turn, this link has enhanced access to the Indian-built Zaranj-Delaram highway, which intersects with Highway 1, the Afghanistan ring road.

IPGPL is selecting a private contractor to carry out construction at Chabahar, bringing prospects for jobs and increased revenues for Iranian companies ever closer.  Sea freight charges are about 60 percent of those for rail freight, so more companies will want to take advantage of this.

Iran’s largest port, Bandar Abbas, is directly connected to Turkmenistan and on to Kazakhstan via rail, so even when the Chabahar-Zahedan rail freight route is opened, Bandar Abbas will remain an attractive shipping option through Iran going north. At the moment,  shipping north generally means road freight.   Businesses looking at their various options for volumes, schedules and costs should talk to freight forwarders in Iran with extensive experience and networks to make international expansion viable.

Chabahar’s main advantage over Bandar Abbas is its relative proximity to Afghanistan, especially once the Chabahar-Zahedan railroad is complete.  Strategists believe that increasing trade with Afghanistan will eventually improve the security situation in the country.  Meantime, Chabahar may be more of a long-term plan for Iranian-Indian trading relationships. Afghanistan wanting a constructive relationship with Iran will help bring Iran and India closer.

Chabahar is a massive opportunity for the three countries, as well as offering access to the sea for the land locked countries of Central Asia.  Although this port will be smaller compared to e.g. Gwadar on Pakistan’s coast and seen as a potential rival, “…its viability is definitely greater”, according to Hellenic Shipping News.

Chabahar Port, The Golden Gate To India’s and Regional Needs

Chabahar Port is beautifully situated on the Gulf of Oman, at the mouth of the Strait of Hormuz; it has direct access to the Indian Ocean and has been termed the ‘Golden Gate’ to the landlocked nations in Central Asia, including Turkmenistan and Uzbekistan.  A few more situational factors make it a desirable transportation and logistics hub for India.  For instance, for road or rail freight, Chabahar is 950 km away from the city of Milak in Afghanistan and 1,827 Km from the Turkmenistan border. For sea freight shipments, Mumbai is 1349 Km away, then  Dubai is 565 Km from Chabahar Port.

During the 1990s India, Iran and Russia, collaborated against the Taliban.  Iran then invited India to develop the Chabahar Port to get land access into Afghanistan. In 1997 Turkmenistan came on board to expand trade into Central Asia, followed by an agreement with Russia to seamlessly facilitate international freight transportation between India and Europe, via an International North South transport Corridor.

When the U.S.A. moved into Afghanistan following 9/11, India, Iran and Afghanistan agreed in January 2003 to jointly develop freight transport links to Afghanistan, including India agreeing to expand Chabahar Port and to lay railway tracks between Chabahar and Zaranj on Afghanistan’s south west border, east of Zabol.

India has injected 134 million US Dollars into constructing a road from Delaram in Afghanistan to Zaranj.  Connectivity from Chabahar through Milak, Zaranj and Delaram and to major Afghan cities of Herat, Kandhar, Kabul and Mazar-e-Sharif is open, giving both Indian and Iranian companies access to massive resources within the country and access to northern markets.

Last year, 12 Memorandums of Understanding pertaining to Chabahar were signed, most notably, the deal allowing India Ports Global, a joint venture, (JV) to develop and operate two berths for 10 yearsjavascript:mctmp(0);. The Company will handle 30,000 TEUs after two years and eventually 2,50,000 TEUs.  Bringing Chabahar to a staggering 8 million ton capacity is costing the JV 85 million US dollars, supplemented with a 150 million dollars from the Exim Bank of India.  It is fair to say, India is hugely committed to their partnership with Iran because their growing export market needs outlets to build a vibrant Indian economy.

Also, financing of the planned Chabahar – Zahedan railway line as a part of the North South Transport corridor by Indian Railways construction unit – Ircon International will add further value to Chabahar and for the people of all three partner countries, plus Russia.  For this, India is investing 1.6 billion Dollars.  While phase one of the port development is complete, the Port and Maritime Organisation of Iran is yet to complete their loan application of 150 million US from the Exim Bank of India. Iranian authorities have issues assurances on this front.

The Japanese interest in developing Chabahar, as expressed by the State Minister for Foreign Affairs Mr Kentaro Sonoura in January, pledging to develop access for Chabahar, is important to India as it could ensure timely completion of the port.