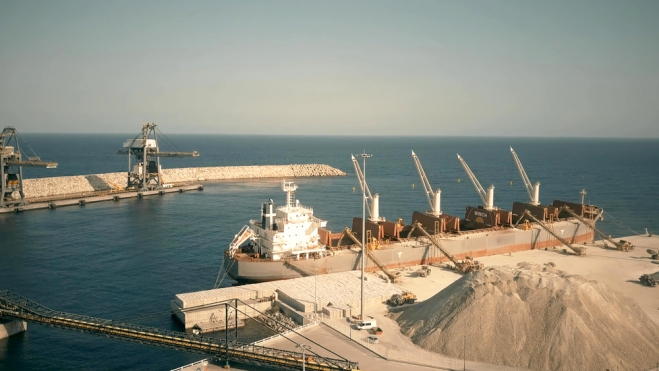 The seven month figure amounted to a 10.2 percent increase when compared to a similar period during the previous year, demonstrating a positive growth trend in the industry.  Cement accounted for 3.8Mt of the exports Abdolreza Sheikhan the secretary of the Cement Association said.

He also said that cement produced domestically is currently priced at $25-30 per tonne for export markets, meaning  Iran’s cement export earnings contributed a solid $120-144m to the country’s economy over nine months.  Mr Sheikhan further added that: "Cement … exports … grew by two per cent in weight YoY”, from the previous year.

Due to reconstruction efforts in neighbouring Afghanistan, this country was Iran cement exporters’ main foreign market destination.  More than 50 percent of cement and clinker exports went to Iraq and Afghanistan, said the industry spokesman.

However, India is viewed by exporters as a continually growing market too, as that country continues to develop.  It’s good to learn that India now outstrips China in its rate of growth. A classic example of the current health of the Iranian cement and clinker industry’sIndian partnerships is the Qeshm Cement Company, who exported a 40,000 tonne batch of clinker in February last year, according to an official at the Qeshm Free Zone Organisation. That shipment alone was valued at $900,000, their public relations department reported.

Jafar Sarqeini is the Deputy Minister of Mining Affairs for the Mine and Trade Industry. He has noted that US trade sanctions against Iran have not harmed the average Iranian cement exporter. Financial transactions and return of money to the country are the main obstacle for cement and clinker businesses, according to IRNA, but working with import and export brokerages can simplify operational challenges in this respect.

Sarqeini said that the country’s industry has the capacity to export up to 20Mt per year of cement and cement and clinker production capacity could potentially reach 120Mt per annum by 2025. Boosting the mining sector is key to capacity growth.

Earlier this month, Global Cement’s website claimed that rising maritime shipping rates could also hold back cement exports from Iran.  Abdul Reza Sheikhan, the Cement Industry Association’s Secretary has warned that the combination of US-backed trade sanctions and increased ocean freight rates could undermine the country’s cement and clinker export growth rate. While 48M tonnes are used in the domestic construction industry, the country has a cement production capacity of 87.5Mt per year.

Of course, exporters have a range of export modes. Rail freight has been the preferred route for central Asia, for instance, via the Sarakhs border crossing in Khorasan Razavi Province, according to the Director General of the Khorasan Razavi Railroad Organisation, Mohammad Hadi Ziyaeimehr.  It is worth noting that he claimed that Sarakhs border crossing accounts for 90 percent of Iran's cement exportsvia railway.

While Iran exports cement to 17 countries and is the sixth largest exporter in the world, says IRNA, however, problems with the current export conditions mean that less than 15% is exported. Sheikhan blamed “‘negative’ competition between cement producers over exports” for damaging this growth industry. To tackle the industry conflicts, export teams have been established in the east, west and south of the country.

Export logistics obviously has a bearing on timescales from moving from an Iran Cement Plantto loading to sea freight. Technical capacity for handling shipments of the size of that of the Qeshm Cement Company cited earlier, mean loading can take up to four days at the Kaveh wharf, for instance. Local conditions will impact efficiency, which is where partnering with a reliable broker, with regional connections and effective supply chains can really help speed up operations.  Any clinker and cement exporter in Iran should consult a specialist handler to establish time frames and prices from particular export hubs and ports and negotiate more favourable freight rates based on their economies of scale.