Turkey and Iran Tensions Over Increases in Road Freight Costs 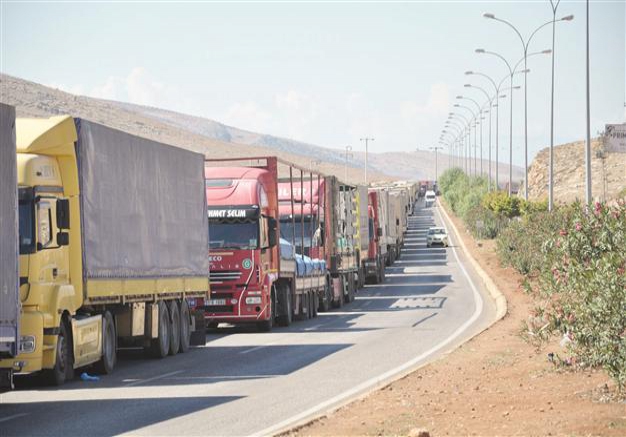 Fatih Şener, head of the International Transporters Association (UND) recently announced that Turkish trucking companies have paid more than $1 billion to Iran for the difference in fuel prices between the two countries and that there is unfair competition between Turkish and Iranian road freight companies.

According to Şener, Turkish road freight transporters, bear unfair obstacles in Iran, because fuel is more expensive in Turkey than it is in Iran, so they pay higher freight costs and so their logistics companies and exporters are obliged to pass the cost on to their customers in Iran. Iranian trucking companies have comparably better transport terms, so can ask lower transport prices.

Iranian freight forwarders cross into Turkey with gas tanks already filled at $0.18 per liter, then upload their cargo. Turkish trucking companies are losing out; “…they cannot find customers at home in Turkey or in Iran due to higher fuel costs”, Şener said.  "Turkish trucks paid over $1 billion to Iran for the differences in fuel prices between the two countries in the last decade, and this amount will rise to $2.5 billion in the next decade, according to our calculations.”

Şener recommended developing new routes between Turkey and the Turkic Republics, including more overseas shipping routes in the Caspian Sea as a possible solution to ease problems.

Hurriyet Daily News reports that the situation over road freight charges is at crisis point between Turkey and Iran and has recently worsened with exchanges between representatives of the two countries and tit for tat penalties.

Deputy Transport Minister of Iran Davood Keshaverziyan recently accused Turkey of violating terms referred of the joint agreement signed on road transportation in 1994. In response, the passage fee for Iranian trucks to enter Turkey was doubled.

Similarly, Turkish representatives object to an ‘unreasonable’ $750 transit pass fee, which Iran applies to Turkish trucks. In retaliation, earlier this month, Turkey increased its transit fee for Iranian trucks to $750, leading to Iran doubling its fee to $1,500 only hours later. Turkey in turn copied this move and also started to demand 25 euros per 100 kilometers for fuel from Iranian truck transport companies, as Iran imposes on Turkish trucks.

Logistics and transport companies in both Iran and Turkey expect the situation to escalate, leading to increased costs. According to a statement from the Iranian Embassy on 19th October, the costs for fuelling in Turkey is 20 times costs of doing so in Iran. Nevertheless, Iranian representatives claim that Iran does not any discriminate against any foreign truck.

The retaliatory hikes in levies are leading to bottle necks on both sides of the border. Şener again: “Over 300 trucks are waiting to cross into our borders from Iran and 600-700 trucks into Iranian borders from Turkey. As Turkish authorities, we are quite aware of the need to create new alternative routes to ease high truck traffic on Iranian roads [as a transit country from Turkey to Turkic Republics]. We are working on different alternatives”.

The Iranian Embassy has already suggested creating interim measures to resolve road freight transport tensions.  Iranian representatives said they were open to discuss possibilities, such as, “…allowing for the same fuel prices for Turkish trucks in Iran with the price Iranian trucks pay in Turkey at four Turkish Liras and the same fuel price for Iranian trucks in Turkey with the price foreign trucks pay in Iran at 20 kuruş, a new price for Turkish and Iranian trucks set by the representatives from the two countries or the continuation of the old system in which Turkish trucks buy cheap fuel in Iran after paying an extra price when entering Iran. Another option is for Turkey to explain which services it offers to Iranian truckers in return for the new extra price set for them”.

Watch this space.  The White Rose Group recently reported recent developments in negotiations in regard to the potential opening of new sea cargo routes on the Caspian between Kazakhstan and Iran. It may only be a matter of time before companies wanting to trade with Turkey are able to consider freight shipping via the Caspian as a cheaper alternative transport option if the political will is there on both sides to really provide sustainable transport solutions.