Importing Goods From India Via Chabahar Freight Shipping Getting Easier 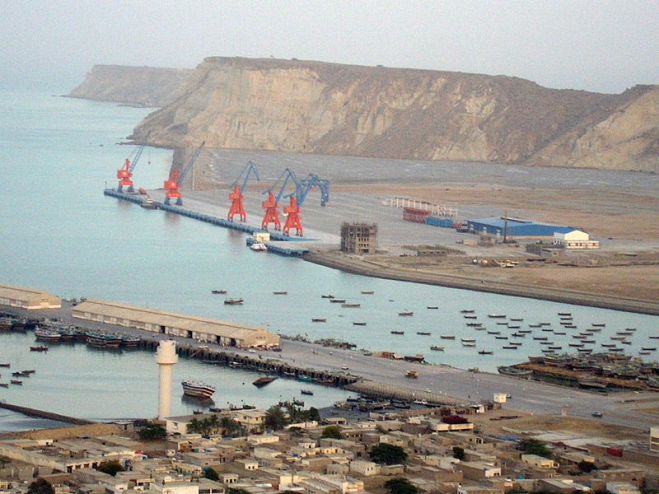 Reuters have reported that India will “float a company” to further develop Chabahar Port, a seaport in south eastern Iran. The port is perfectly located for India and Iran to develop their joint import and export policy, being situated on the border of the Indian Ocean and Oman Sea. Chabahar is an easy route from India’s western coast and access would give India a sea-land access route into Afghanistan via eastern Iran.

The government in New Delhi wants to develop opportunities to increase trade with Iran since EU and US sanctions against Iran look likely to ease again before the end of this year.

The port of Chabahar is of strategic importance to India, given tense relations with her neighbour, Pakistan.  By-passing Pakistan to open up a route via sea to its ally, Afghanistan will serve the longer term trade and security interests of both.

The announcement from Delhi comes ahead of a late-November deadline for six world powers engaged in talks with Iran agree terms for easing sanctions against Iran, in light of Tehran’s uranium enrichment program.

The statement finally comes after import export opportunities via Chabahar were originally mooted a decade ago.  The joint strategic freight shipping plans will see New Delhi lease two berths at Chabahar for 10 years.  Events are timely with the new cabinet in place.  Arun Jaitley heads up both the finance and defence ministries, which has cut down bureaucratic delays.

Delhi and Tehran see Chabahar port as a means to improve their leverage with Pakistan and pursue common interests in providing Afghanistan and resource rich Central Asia alternative routes to the Indian Ocean and shipping overseas.

The proposed Indian company will invest $85.21 million in a single year to convert the berths into a container terminal and a multi-purpose cargo terminal, according to an Indian spokesperson last month. As this is still in the planning stage, India may also consider the participation of Iranian project planning and management firms too. Sea cargo to and from Chabahar port opens up new business opportunities for companies such as the White Rose Group looking to help companies seeking to develop their overseas trade.

The venture will invest in equipping the two berths as a container terminal and a multi-purpose cargo terminal.

Ownership of the equipment will be transferred to Iran’s Ports and Maritime Organisation (P&MO).

As phase-II of the development of Chabahar progresses, both countries may subsequently negotiate on the construction, equipping and operating of terminals on a build, operate and transfer (BOT) basis, subject to the Indian side’s satisfactory performance in phase I. The Iranian side will make efforts to provide free trade zone conditions and facilities at the port. India has decided to invest in developing Chabahar port, which is considered strategically and economically important for the country’s exports to landlocked Afghanistan. India has been eying Chabahar port, located in the Sistan-Baluchistan Province on Iran’s south-eastern coast, for nearly a decade to get easier access to Afghanistan. India, Iran and Afghanistan have an agreement on preferential treatment and low tariffs for goods moved through Chabahar port, which also has a free trade and industrial zone in its vicinity. Given India’s often hostile relations with Pakistan, India views the port as an alternative route not only to Afghanistan, but also to resource-rich Central Asia. Chabahar is also closer to India than the existing Iranian port at Bandar Abbas, which is about 380 nautical miles away from Chabahar. India’s presence at the Chabahar port—which lies outside the Persian Gulf and is easily accessed from India’s western coast—would give it a sea-land access route into Afghanistan through Iran’s eastern borders. Using the existing Iranian road network from Chabahar port, one can link up to Afghanistan’s Zaranj, which is about 883km from the port, and then using the Zaranj-Delaram road constructed by India in 2009, access Afghanistan’s “garland” highway, thereby establishing road access to four of the major cities of Afghanistan—Herat, Kandahar, Kabul and Mazar-e-Sharif. Globally, government-owned ports are seeking investment opportunities overseas to forge stronger commercial links between maritime regions that have the potential to generate cargo for their own ports. This strategy is based on the premise that more cargo would mean more ships calling at ports, creating more employment opportunities—both direct and indirect—for locals. Secondly, it would mean having strategic control over logistics of key raw materials. Kandla and JN ports have cash surpluses, a part of which can be deployed to develop port assets abroad and to grow their business. India’s private business groups such as Adani Group and GVK Group have already bought port assets abroad, mainly in Australia, as part of a larger plan to invest in coal mines and related infrastructure in that country. India’s shipping ministry has for long been toying with the idea of setting up a company for making overseas investments by state-owned ports on the lines of global heavyweights such as Singapore’s PSA International Pte Ltd, Dubai’s DP World Ltd and Belgium’s Antwerp Port Authority. PSA is fully owned by Temasek Holdings Pte Ltd, Singapore’s state-owned investment company, while DP World is majority-owned by the Dubai government. Both have a large presence in India. Antwerp port is 100% owned by the City of Antwerp. Antwerp Port Authority, which manages the port, has set up Port of Antwerp International, a vehicle to pursue development activities beyond Europe, particularly in growth regions. Port of Antwerp International has invested in Essar Ports Ltd, the entity that runs ports at Hazira, Vadinar and Paradip in India. Though the opportunity to develop Chabahar port has come through a government-to-government agreement between the two nations, it is a foundation that has the potential to propel India’s state-owned ports to look for a larger footprint globally