Home > News > Update on Discussions About Sanctions Against Iran

Update on Discussions About Sanctions Against Iran 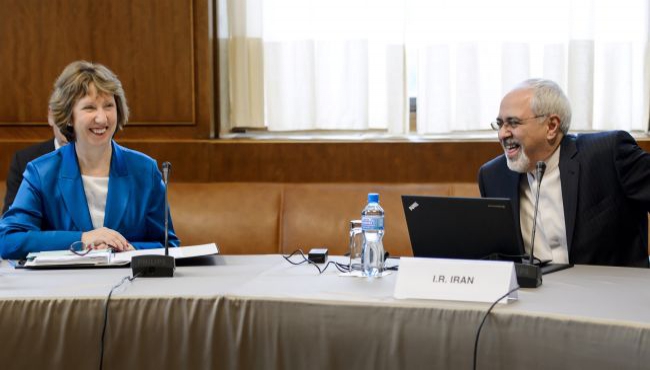 The discussions over trade sanctions against Iran look to be getting to the heart of contentious issues, as Iran’ Foreign Minister Mohammad Javad Zarif recently pronounced that the Islamic Republic has been negotiating with the western members of P5+1 group with “goodwill and determination”.  His statement seemed to include a plea for similar attitudes to be evidenced on the part of their negotiating partners.  He also offered the promise that this would “yield results”.  “Iran … insists on its principled positions,” Zarif added.

Interestingly, these words came during a visit from India’s visiting National Security Advisor Ajit Doval yesterday, Tuesday 10th February.  The White Rose Group will be watching with interest to see what may transpire from this meeting, beyond seeing the impact these comments may have with the west, given Tehran is obviously gathering potentially powerful allies, such as India, to bolster them against the negative impact sanctions have had in recent years.

Zarif referred to relations between Iran and India, saying that the two countries’ shared positions on a range of international issues and significant for businesses looking to Indian shores for trade expansion, he said that “…the ground is prepared for expanding the existing potential in the relations between Tehran and Delhi.”

Iran’s Chabahar Port in the country's southeast is a key “strategic point for Iran, India, Afghanistan and Central Asia”, he said.  The White Rose Group has been following developments on Chabahar Trade Zone in our blog.  The port is connected to the city of Zaranj in Afghanistan’s south western province of Nimruz, thus serves as India’s entry point to Afghanistan, Central Asia and beyond.

Iran’s Nuclear Negotiations With the P5+1

A constructive approach seems to being taken in the nuclear discussions by both sides, as each seek to end the standoff over Iran’s nuclear program. However, Foreign Ministry Spokeswoman Marziyeh Afkham’s remarks about “…the trumped-up crisis,” said in reaction to recent positive remarks by US President Barack Obama on the talks on Iran’s nuclear program may add to tensions at this sensitive time.  Both sides may be said to be posturing in public; we cannot know what will be really said between the two sides behind closed doors, but The White Rose Group is optimistic that pragmatism will prevail.

Tehran’s spokeswoman said that an end to “…excessive demands” was required to progress talks. This comes after Iran’s Supreme Leader al Khamenei recently gave his backing to the negotiations. Nevertheless, Obama was firm at a joint press conference with German Chancellor Angela Merkel in the White House on Monday.  Whilst he said on the one hand that technical issues were no longer a barrier in reaching a comprehensive deal with Iran, he also stated that there is no reason to extend the nuclear negotiations with Iran if an agreement on ‘fundamental principles’ is not reached soon.

The new Republican-controlled US Congress has recently been discussing a new sanctions bill against Iran over its nuclear program, which has prompted a response from Iran’s Foreign Ministry.  At her weekly press conference on Wednesday, last week Iran’s Foreign Ministry Spokeswoman, Marzieh Afkham, has warned that any further sanctions against Iran by the US could threaten ongoing nuclear negotiations between Tehran and the P5+1 group which began again in January and have set some new deadlines for agreements – the next being in July.

She stated that sanctions have “proved ineffective” and to some degree, this is true, given burgeoning trade discussions with central Asian neighbours, India and Russia.    However, Tehran’s rhetoric is also a risky strategy, given the impact on the economy in recent years.  Nevertheless, she claimed that it was “miscalculation” on the part of some US officials to believe that it is trade sanctions that have prompted Tehran into negotiations.

Afkham went on to describe disputes over Iran’s nuclear program as “fabricated”. On a more encouraging note, she acknowledged that a “realistic” approach could achieve a comprehensive deal over Tehran’s nuclear activities, which Iran maintains are for civilian purposes only.

Afkham acknowledged that falling oil prices could be used as leverage in the discussions with the west, but reminded negotiating partners that it is people will be the ones who suffer.  “If oil, which is an economic issue, turns political then countries themselves will get harmed,” she said.

Organization of Petroleum Exporting Countries (OPEC), which include Iran, are currently in talks to control falling oil prices, even as Tehran aims to reduce the country’s dependency on oil revenues.

In spite of the uncertainties around these negotiations, Iran and the P5+1 states - the US, France, Britain, Russia, China and Germany - are setting the foundations for a final, lasting accord aimed at putting an end to the 12-year-old dispute. At the same time, Iran’s diversification beyond being primarily an oil driven economy and building of regional trade relations can only strengthen Tehran’s position to make progress, however that pans out. Whilst the White Rose Group look forward to sanctions against Iran finally being lifted by this time next year, Iran’s continued growth of exports and imports is assured.