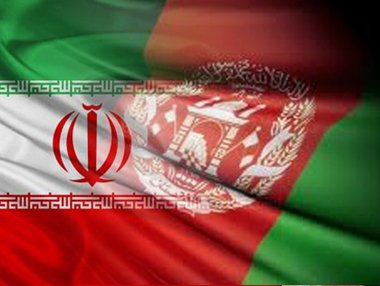 Recently two Indian think tank analysts wrote a pretty forthright article on why Pakistan and Afghanistan were unlikely to be successful in any efforts to build a trusting and co-operative neighbourly relationship. Tensions over border issues and inadequate levels of exports of Pakistan, amongst other significant issues, were cited as sources of failure of potential international project management between the two countries.

Afghans are increasingly seeking self-determination and autonomy.  They want to be able to hold their own amongst their neighbours on an equal footing and are sceptical of Pakistan’s support for these justifiable aspirations as a nation.

A strong and peaceful Afghanistan which can fulfil its ambitions for its people requires greater levels of economic growth, growth of home-grown businesses, jobs and more import and export opportunities to provide the income and resources for everyday people. These basic conditions are only the start of Afghanistan taking its place amongst regional and international partners.

Accessibility via adequate road, rail and air freight infrastructure are crucial for any land-locked country.  At the moment, Afghanistan, it is thought is overly dependent on Pakistan for overseas shipping.  The White Rose Group have been following developments at the port of Chabahar this year and believe that planned investments there will benefit a number of Iran’s regional neighbours, including Afghanistan.

Countries of Central Asia stand to benefit from easier sea freight.  Afghanistan in particular holds considerable energy and mineral resources, albeit .  Chabahar Port, in the Sistan and Baluchestan province of Iran, will offer an alternative trade route for Iran’s neighbours. It opens up trade with India via Mumbai, less than 24 hours away by sea.  The road freight route from Delaram to Zaranj in Afghanistan links all major Afghan cities to its capital, Kabul and this ‘Asian highway’, in turn connects Afghanistan to Turkmenistan, Uzbekistan and Tajikistan.

Afghanistan is rich in natural resources.  Pranay Kotasthane and Anand Arni make reference in their article to “…large deposits of copper, iron, high-grade chrome ore, uranium, beryl, barite, lead, zinc, fluorspar, bauxite, cobalt, lithium, tantalum, sulphur, mercury, rubies, lapis lazuli, emeralds, gold and silver.”  Many of these minerals are crucial for industry, making Afghanistan potentially one of the most important exporters of minerals in the world, let alone the region of Central Asia. Some pundits have estimated Afghanistan’s mineral wealth as in excess of a trillion dollars.

India has expressed an interest in developing iron ore and Tata steel will no doubt play a part in developing their industry here.  A plant in Hajigak, 130km west of Kabul in Bamiyan province is under China is one of the world’s greatest suppliers of rare earth metals, but Afghanistan also has rich deposits, making it a vital resource for regional power houses such as India.

Chabahar Port on the Caspian Sea opens up many opportunities for Afghanistan to grow its wealth and get beyond its dependence on industries which currently hold it back, such as heroine.  The Iranian railway line from Chabahar to Zahedan, currently under construction, opens up Zahedan airport for air freight, which in turn opens up international markets for Afghanistan.

Rail freight via Iran now connects Central Asia and Commonwealth of Independent States (CIS). So, the road network between Zahedan and Afghanistan opens up so many exciting trade and international project management possibilities for Afghanistan and Iran alike. The Indian strategists cite the 2,000km route linking Chabahar to Asgabat in Turkmenistan as a particularly significant road freight and trade route. Chabahar is the final piece in place for Afghanistan to achieve its policy aspirations for economic development and political autonomy in co-operation with Iran.