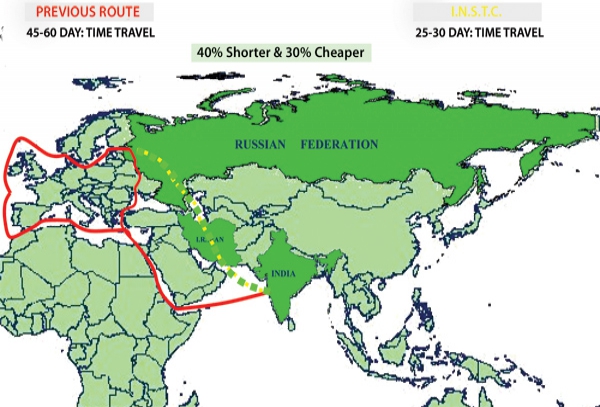 The BBC news today announced that the countdown to the lifting of sanctions against Iran is now in earnest and significant progress can be expected from Friday 13th January.  The White Rose Group thought this week’s blog was a good opportunity to look back and forwards as to what this means for Iranian companies and entrepreneurs seeking import and export business opportunities in the region, particularly in regard to the Gulf Co-operation Countries (GCC: Saudi Arabia, Kuwait, United Arab Emirates, Qatar, Bahrain, and Oman).

The road to opening up Iran’s financial and trade borders to the EU and and the U.S.A. once more has been a bumpy one, sometimes seeming like what the British refer to as ‘one step forward, two steps back’.   Sanctions against Iran have taken various forms for over three decades now, as have geopolitical shifts and changes, not least recent events in Saudi Arabia, which we wait to see the full impact of, given current ceasing of trade and diplomatic relations.

Iranian nuclear arrangements has investment implications for the GCC, according to reporter for the National, M R Raghu, regardless of developments on the wider trade picture, such as possible energy and arms deals with Russia and oil extraction and processing deals with China.

A significant change in the offing is that when Iranian energy companies increasingly replace GCC energy supplies over the long term, involvement in the huge markets of China, Japan, South Korea and India will alter power dynamics in Central Asia.  India has “…traditionally ranked as the second-most important market for Iran after China”, says Raghu.  New Delhi is already investing millions in Iranian infrastructure to increase its import volumes from Iran.  Furthermore, following the July 14 deal with the 5+1, Iran began negotiating  with India over recovering over $6.5 billion in oil dues that have been held by Indian refiners. Sanctions meant that billions have been frozen in accounts around the world. The repatriation of profits to Iran will be a massive injection in business development, the scope of which is still being worked out by strategists in Tehran.

GCC countries’ responses to current changes have been mixed.  Oman facilitated talks between the US and Iran, which at that time were still in secret.  Oman also has a deal with Iran over the construction of a $1bn natural-gas pipeline from Iran to Oman. This ties the two countries on a strategic level.

Once sanctions are lifted, we can expect to see the long anticipated Middle East to India Deepwater Pipeline. This will export gas from Iran and Oman to India, whose demad is growing with their burgeoning urban middle class.

Qatar too seeks good relations with Iran, especially as the two countries share gasfields.  There are also numerous and growing import and export business opportunities between Iran and Qatar.

Iran will in all likelihood expand exporting gas to Kuwait via Iraq in future, according to the managing director of the National Iranian Gas Company (NIGC), Hamid Reza Araqi, who said it was possible last Spring.

The GCC’s trading relationship with Iran is crucial in the region, however, given expanded trade talks with India, Russia and China in recent months, we will see how this impacts the current trade balance.  All energy-producing countries, Iran and GCC partners still offer “little diversity” in trade, says Raghu; he goes on: “The GCC (excluding Saudi Arabia) exports to Iran are almost totally from the UAE, which accounted for 96.7 per cent of total bloc exports in 2013.”  To 2013, the UAE accounted for 62.5% of the total imports from Iran into the GCC.  Oman was the second biggest import partner at 26%.

Iranian companies and entrepreneurs and overseas partners seeking investment opportunities need to consider Iran’s diverse industrial portfolio, which covers around 40 industrial sectors in the stock exchange.  Iran is perfectly situated to benefit from market connections with approximtely 350 million people in the Central Asia, the Caucasus region and Afghanistan.

Saudi Arabia, of course, will it seems, remain fraught for the forthcoming year.

You can be forgiven for never having heard of the FCC region, but the lifting of sanctions has far-reaching implications for trade with the so called Five Country Conference (FCC). a consortium of government immigration agencies, including: Australia, Canada, New Zealand, United Kingdom and the United States of America.

Iran’s reintegration into the global economic  market will see new businesses and regional development with international partners beyond the GCC region.

Readers should watch how geo-political events pan out between Russia and the west, however, where political tensions persist, given Russian support of the Assad regime in Syria and the apparent escalation of sanctions between English speaking western countries and Russia.

Whatever the wider global geo-politics, the GCC, particularly the UAE, will be looking to increase doing business in Iran and the White Rose Group will be at the forefront of facilitating logistics between Iranian companies and their partners in the region.  The UAE looks to be the only risk to local relationships with Iran, but hopefully, this will not prove too significant.  Watch this space.

The White Rose Group wishes to acknowledge M R Raghu, the managing director of Marmore, a research house based in Kuwait for material for this article.