Aluminium Import and Export Opportunities in Chabahar Forging Ahead 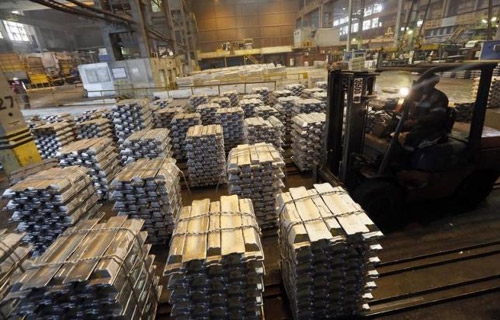 Iran’s aluminium industries have been forging new partnerships throughout April.  The latest developments have come from the Iranian Mines and Mining Industries Development and Renovation Organization (IMIDRO) who signed a Memorandum of Understanding (MOU) with China’s state owned Sinosteel Corporation to galvanise three new aluminium projects in Iran.

Sinosteel Equipment and Engineering Co. LTD, a specialist subsidiary company, will build three aluminium manufacturing plants. One factory is planned to produce 1.6 million metric tons of the metal per annum.  An aluminium smelter with capacity for production of 350,000 metric tons of aluminium ingots will be constructed and also a power plant capable of generating 1000 mW of energy to power up the two metal plants.

Sinosteel has worked with Iranian steel companies in the past and now their CEO, Huang Jian said recently: “We are boosting our relations with Iran.”  This position was re-affirmed by their president, Huang Tianwen, too, as he explained that “we are trying to expand relations now.”

The Chairman of IMIDRO’s Executive Board, Mahdi Karbasian, believes that success of the three projects will depend on the support of Chinese banks.

Both the refinery and the aluminium smelter will be part of an ‘Engineering, Procurement, Construction, and Finance’ (EPCF) joint venture. The power plant, on the other hand will be constructed via ‘Build, Own, and Operate’ (BOO) direct investment.

The joint task force will finalise plans for a proposed greenfield smelter and gas-based power plant in Chabahar, the Port on the Gulf of Oman. This will complement existing Indian investment arrangements for the expansion of this Free Trade Zone, also in receipt of Indian investment, making aluminium exports simpler.  This Iran-India aluminium company  will be another significant joint venture established in Iran, boosting jobs in the region. The arrangement establishes prospects for skilled engineering, science and semi-skilled jobs in toll-smelting of aluminium in Chabahar.

Three Iranian companies will produce the aluminium, providing a welcome boost to this industry in the country and these latest developments come on the back of the availability of cheap gas based power in the Gulf region.  "Nalco is exploring the possibilities of toll-smelting in Iran through IRALCO (Iranian Aluminium Company), Al-Mahadi, and SALCO. If things work out, the toll-smelting can be done in next 3 to 4 months", T K Chand, CMD of Nalco, said recently.

Trade with Iran has received a shot in the arm recently with the Joint Comprehensive Plan of Action (JCPOA), nuclear deal between Tehran and the Group 5+1 (Russia, China, the United States, Great Britain, France and Germany) that ended nuclear-related sanctions against Iran when it came into force in January of this year. The White Rose Group has been reporting on significant import and export business opportunities, given their long-established experience in import and export and supply chain solutions, particularly in Chabahar.

The Joint Task Force will be submitting its report, with recommendations by late Summer, so watch this space for investment and greater import and export business opportunities in related industries.