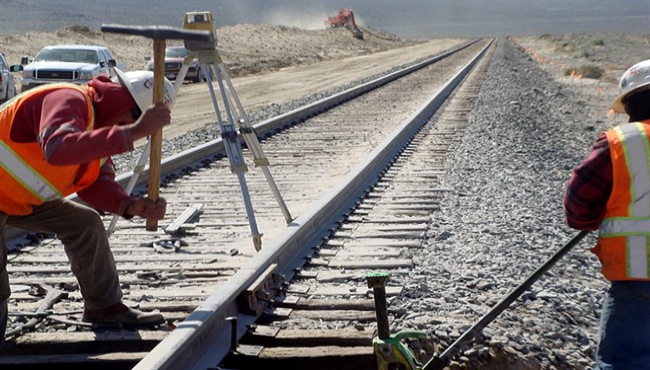 The White Rose Group have been following the cross border Azerbaijan-Iran railway project for over a year with interest now.   Our customers seeking more efficient rail freight routes through to Russia to expand their import and export business opportunities are keen to cut down on costs with more efficient international transportation options.  Recent international freight forwarding via the north-south rail transport corridor just tracked up further progress recently once more, we are pleased to report.

Vladimir Yakunin, former head of Russian Railways JSC,  last week confessed to Trend: "When we started this project in the Russian Transport Ministry together with Azerbaijan, we didn't even fully understand the importance of this project". It is perhaps a sign of the bigger powers waking up to the strategic importance of the emerging rail freight links opening up new markets in Central Asia and beyond

The North-South railway corridor is meant to connect Northern Europe with South-Eastern Asia and rail freight transport costs for Russian, Azerbaijani and Iranian companies using this route will become more competitive than in the past.

The first development stage of this railway corridor is planned to transport an incredible 6 million tons of cargo per year, with expectations to possibly treble this volume to between 15-20 million tons once the final tier of sanctions against Iran sees more transactions in USD being enabled – albeit, Russia and Iran are seeking to circumnavigate these restrictions via other bipartisan arrangements.  The White Rose Group is pursuing innovative supply chain solutions and custom brokerage services to take full advantage of Iran’s re-opening to the western world.

The North-South railway development project is more important than ever for international trade relations, Yakunin noted:  "I think that the countries, which are involved in this project, including Azerbaijan, should develop and promote this project", an exercise Tehran has been undertaking with press releases when significant new sections of this route have opened up.

Iran’s Business Advantages With Rail Routes Through, Azerbaijan To  Russia

Trilateral co-operation between Iran, Azerbaijan and Russia serves the strategic and business interests and objectives not just of our three countries, but the wider region, according to Iran’s Foreign Minister, Mohammad Javad Zarif, at a press conference recently, following a meeting with his Azerbaijani and Russian counterparts.

Zarif commented that stability in the region is an important factor for peace and security. We also believe that it is key to Iranian businesses feeling confident in freight hauling in the region too – key to building successful import and export business opportunities. All three partners acknowledge the importance of accelerating international transportation logistics too, according to Iran’s Foreign Minister. “…Co-operation in customs, tourism and other fields” were on the agenda for discussion, he said.

With a view to progressing rail links between the three partners, Azerbaijan has agreed a $500 million credit line to finance the Rasht-Astara railway development project in Iran.

This is a section of the Qazvin-Rasht-Astara railway, already under construction.  A land-mark ceremony was held recently for the construction of a railway bridge over the River Astarachay River on the Azerbaijani-Iranian border, symbolic of the cross-border co-operation on transport networks.

The Minister of Communications and Information Technology Mahmoud Vaezi was reported by Iran Daily as saying: "Iran's section of the railway line is 92 per cent complete and the remaining portion is expected to be laid in the near future".

The Qazvin-Rasht project, expected to be completed late this year and the Rasht-Astara railway project is likely to cost between $900 million to $1 billion; $500 million of this massive rail freight project will be financed through the Azerbaijani loan, according to Vaezi.

The April 20th event dedicated to the Rasht-Astara railway project was held last month, followed by discussions. The celebration was attended by the heads of the two national railways and the ministers who co-chair the Azerbaijan-Iran Joint Commission for Economic, Trade & Humanitarian Co-operation.

The 82·5m bridge will be jointly funded and built by the two neighbours under the terms of the above inter-governmental agreement. The agreement refers to the laying of 8·3 km of new track to extend the existing 1,520mm gauge Azeri railway into Iran, where it will meet another 1·7km of line.

Completion of a 164km extension of Iran’s 1,435 mm gauge rail network from Rasht to Astara will complete a north–south rail corridor tracking the western side of the Caspian Sea.  What is exciting about these developments is that by July end rail freight services will link Iran’s ocean ports to Russia (with a break of gauge at the Iran-Azerbaijan border), according to the Railway Gazette.

The White Rose Group look forward to bringing more news on the north-south railway corridor soon and will happily help with any questions you might have in terms of logistics, tariffs and other queries you may have to take advantage of these latest transportation links.