Home > News > Port of Chabahar - The Final Stop Before The World!

Port of Chabahar - The Final Stop Before The World! 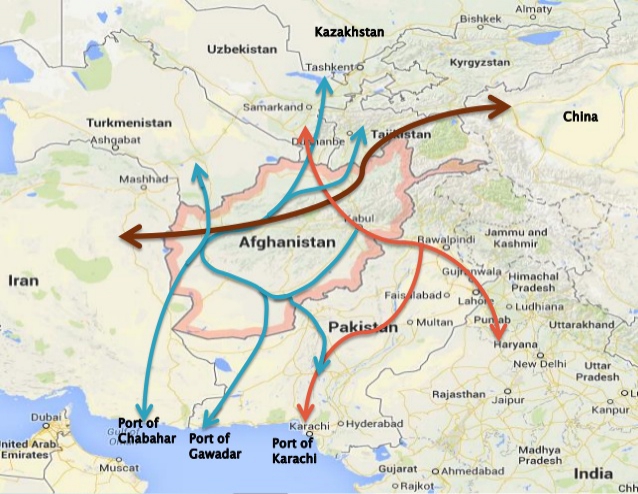 Last week we reported on the deal to be signed imminently linking Afghanistan, India and Iran via the Port of Chabahar. The final signatures look set for completion next month, which mean’s Iran’s land-locked neighbour will finally have access to overseas trading partners via the Gulf.  The Chabahar deal suits all three of the strategic partners and Tehran expects that the harbour to unlock Kabul’s plans for economic development, which will create waves of new business for Iranian companies also.

Whilst Afghanistan still has security concerns with terrorism in the country, it is hoped that a combination of security measures happening in the region, together with a renewed optimism for Afghani people based on the opening up of new opportunities will eventually quell any threats to effective trading.

The three partners have been involved in negotiations for over a decade to implement the Chabahar Agreement but now the venture will likely finally set sail next month due to two major shifts in events.  In particular, the Geneva agreement on the nuclear deal and easing of sanctions against Iran, is creating optimism for would be trade partners.  India, seeking to by-pass it’s neighbour, Pakistan, in any international freight forwarding and transport routes, has refocussed efforts to collaborate and trade with Iran.

A collective sigh of relief can almost be heard between the three countries.  The Afghan ambassador Shaida Mohammad Abdali told the Hindustan Times: “After years of negotiations, we can definitely say it’s a done deal. This is a project not just for the development and prosperity of Afghanistan, but the whole region.”.

Abdali expects Afghanistan to be involved in final signing off of the Agreement no later than next month at the “highest level possible”.  Until now, fear of ‘blacklisting’ and penalties on companies wanting to do business in Iran has slowed progress of international project management in the region. It is not only Iranian companies that want to invest in exports via Chabahar Port, neighbouring countries are turning their eyes to this outlet to the whole of SE Asia, whilst India sees Chabahar as opening up Russia to the north, via Afghanistan.   The blacklisting fear “… was a big issue,” Abdali said.

Last month’s meeting establishes transportation logistics options  that place the Port of Chabahar in Iran’s Sistan-Baluchistan province at the very centre of international trade in central Asia.  Following this historic meeting, a sub-committee will focus on issues, not just of freight logistics, but port, customs and consular protocols; this will be operating by the end of the year.

The White Rose Group and sister companies are looking forward to being able to attend a planned ceremony in Iran for the signing of the agreement. If this goes ahead in Chabahar, as expected, our offices are nearby, making this a must not miss event, as we expect to receive many more enquiries about the practicalities of doing business with Iran as a result.

India’s Prime Minister, Narendra Modi’s is expected to visit to Iran sometime from this weekend which we hope means the Chabahar Agreement will finally be signed imminently during his trip, albeit, it is likely that a senior Afghan leader will also need to be present.

The road to Chabahar’s final completion has seen a number of set backs reported elsewhere here, so we hope that the process is without incident.  There are those who still seek to undermine progress by the Afghan government and a threat to the Zaranj-Delaram highway was raised as a possibility by Afghan officials recently.

This is a crucial road freight route connecting to Chabahar, which was constructed with Indian assistance.  It is in everyone’s interest to secure stability of such key trading routes ultimately, as this brings jobs and wealth for emerging and developing businesses in the region.  Trade means jobs.

Afghan’s referred to such sabotage being backed by Pakistani groups who oppose India’s involvement in Afghanistan.  Abdali, speaking in Bhopal in 2015 said: "ISIS is competing with Al Qaeda affiliates in Afghanistan. But our nation won't collapse. The terrorists hit and run and regroup, but they are no longer a big threat."  Another element is Pakistani’s who may perceive the Chabahar Port development project as challenging the development of the Gwadar port in Balochistan.  Given the potential scope for trade passing through the ports of the two South Asian neighbours, there is room for both to thrive, however, despite their relative proximity.

Abdali said Afghan security forces are “fully prepared” to secure the 218-km two-lane highway that runs from Delaram in Farah province to Zaranj in Nimruz province that borders Iran.

The Port of Chabahar offers special economic zones for India and Afghanistan, meaning cheaper transportation costs, meaning the people of Afghanistan will profit from more affordable Indian goods and  put bring a new wind to the sails of trade between the two countries that has flattened out at around $680 million in the last two fiscal years.

The Afghanistan-Pakistan Transit Trade Agreement, allows Afghan goods to be transported to India via the Wagah-Attari land border of Pakistan. However, Afghan businesses have been prevented from road freight carrying Indian goods via Pakistan.

India seeks to circumvent some of the logistics challenges associated with Pakistan.  The construction of jetties and berths at Chabahar, together with other measures with $150m of Indian backing is a solution suiting the three countries involved.

India will supply $400m worth of steel rails plus technical assistance to build the  Chabahar and Zahedan railway. India is ready to invest up to $20 billion in Chabahar Port and its special economic zone.

Meantime, Afghanistan will grant visas-on-arrival for Indian business owners who want to do business in Afghanistan, eradicating red tape for cross border transactions between the two trade partners.

Abdali’s final words speak of the optimism these new international transportation connections are already bringing to the logistics trade and beyond: “Afghanistan is going to witness major milestones in the months ahead,” he said.