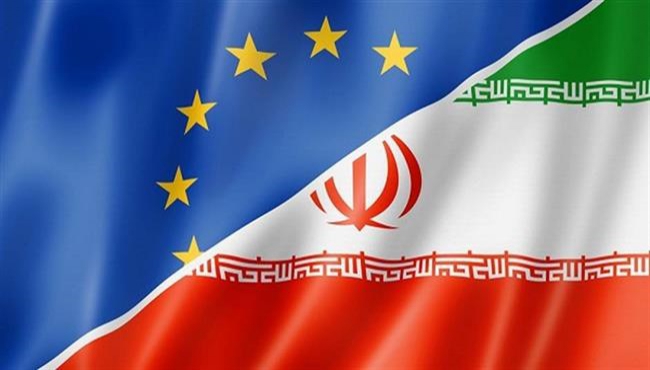 Iranian businesses are currently looking to Germany as well as to regional partners, India, Russia and China to bring inward investment to Iran.  Hopes for having $2 billion of assets seized by the U.S. under sanctions having been disappointed by the American decision to re-channel the funds to Americans have probably left President Hassan Rouhani deeply disappointed.  Whilst American businesses have been set to do business with Iran, their political leaders are not making this easy with banking limitations.

Trend has reported that Iran may take the U.S. to task over this and other issues. President Rouhani has instructed the country's Foreign Ministry to implement parliamentary legislation which commits the government to claim compensation from the US for hostile policies against the Islamic Republic, some of which we have reported on, which limit Iranian companies to finalise trade deals. The IRNA news agency first reported this ratification in January and diplomatic relations are still far from warm.

Apparently, the legislation also accuses the US of backing the former Iraqi dictator Saddam Hussein in Iraq's war with Iran in 1980s, the report added.  This legislation commits the Iranian government to claim compensation from the US for "backing terrorism" and targeting Iran's oil platforms in 1979.  It has also been reported that actions may be sought by Tehran over the 1953 Iranian coup that overthrew the Prime Minister Mohammad Mosaddegh's government. It seems that sometimes history between the U.S. and Iran still drags on Iran’s import and export business opportunities.

The Iranian parliament resurrected the legislation after a US court ruling in April that $2 billion of Iranian assets frozen in a US bank account were to be given to the families of the American victims of a 1983 bombing in the Lebanese capital of Beirut.  This and other attacks were blamed on Iran. This amount of money being given to such a cause is dubious, of course, demonstrating continued ‘sabre rattling’.

This massive amount confiscated belongs to the Central Bank of Iran (CBI) and has incensed many Iranians, not least because it effectively continues US sanctions. The American Treasury Department has also banned Europaeisch-Iranische Handelsbank,  (EIH) from operating in the U.S.

On the 8th June the Jerusalem Post reported that last week in Berlin, the German government denied that German authorities have plans to undermine the Hamburg-based Iranian EIH bank. However, control of activity is still a concern.

Chancellor Angela Merkel's administration wrote in an e-mail to The Jerusalem Post: "EIH is under particularly strict regulatory control, which cannot be compared to any other German financial institution…the EU sanctions against Iran do not at this time list EIH" (as a prohibited Iranian entity).

The Israeli Embassy seems to be applying pressure on the German Government, however. They told the Jerusalem Post last week about "ongoing discussions" with "high-level German officials" about closure of EIH. Of course, such statements could be geared to unsettling would-be German investors seeking to do business in Iran.

Recently the U.S. President, Barak Obama, apparently discussed cutting ties with EIH with the German Chancellor Merkel.  According to a US Embassy spokesman: "The United States closely consulted the German government before designating EIH bank under US Executive Order 13382."

This order was signed by President George W. Bush over a decade ago in 2005. It was supposed to freeze the assets of proliferators of ‘weapons of mass destruction’ – which never materialised! The order effectively financially isolated businesses and their trade partners, on what has subsequently proved to be spurious grounds.

Jeanette Schwamberger, German Finance Ministry spokeswoman wrote: "There is no German sanctions list; … the European Council must decide within the framework of the EU sanction's mechanisms. We are not aware of any such decision of the European Council."

Elke Hoff, a lawmaker from Merkel’s Free Democratic Party and its defense policy spokeswoman, is to meet with "senior Iranian officials," according to the Tehran Times.

Hoff, support German trade with Iranian companies and officials.  She is a member of the German-Iranian parliamentary group and serves on the board of the German Near and Middle East Association, a pro-Iranian business trade organization, whose honorary chairman, former chancellor Gerhard Schröder, met with President Mahmoud Ahamdinejad in Tehran last year to promote German-Iranian trade.

The Islamic Republic News Agency reported today that a Spanish official has said his company is preparing to do business with Iran and forsees possible banking problems.

Yazmin Vazquez, sales manager for Vallejo Olive Oil Company from Europe, spoke to IRNA yesterday, during her visit to the Iran Agrofood 2016 international exhibition.  The event brings together partners for potential business opportunities and importing and exporting goods and services which support Iran’s burgeoning agriculture and foodstuff machinery and industries.

Ms Vazquez said her company was aware of the financial obstacles to trade with Iran, but her company was focusing on ways to address the issues.  She, expressed her encouragement at seeing that Iran is a highly competitive market.

The annual international exhibition not only offers opportunities to familiarise foreign investors with Iranian companies and the nation, it is helping grow stronger business ties for companies involved in the food and agriculture industries, whether directly or indirectly.

The U.S. order maintaining sanctions has to be removed at some point for Iranian businesses to have confidence in trading with the U.S. and the fear of ‘weapons of mass destruction’ has proved to now be obsolete. It remains to be seen if Congress will continue to undermine potential. However, it seems that Europe is building stronger ties with Iran quicker and thus offers greater opportunities for Iranian companies seeking to trade in the West.