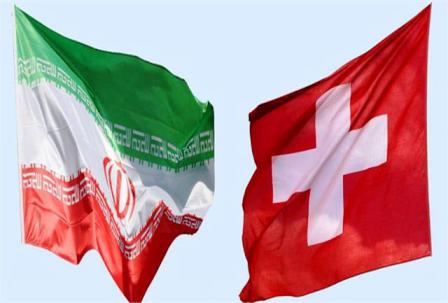 Islamic Republic News Agency has just reported that the Deputy Head of Iran’s Trade Promotion Organization, Sadeq Ziaei Bigdeli, has led a delegation of officials and representatives of Iranian companies to meet with the Director General of International Cooperation at the Swiss Ministry of Economy, led by Ms. Julia Levi in a bid to progress import and export business opportunities.

The joint trade meeting was aimed to review current economic arrangements and to progress potential joint venture projects which could aid investment in Iran.

Iran’s accession to the World Trade Organization and intellectual property rights were also under discussion.  The WTO deals with economic liberalization policy and practice and resolves potential trade disputes, so can act as an ‘independent’ development resource for Iran.

Bigdeli cited Iran’s improved economic performance and noted that trade with Iran could provide an important market for Swiss companies, given access to approximately 80 million people there, to say nothing of a regional population of several hundred million. A Joint Comprehensive Plan of Action will be the tool that brings Switzerland and Iran closer, a step welcomed by Ms. Levi .

The Islamic Republic News Agency reported earlier this week that Mohammad Baqer Nobakht speaking on behalf of the Government has referred to Iran’s economic improvement since the lifting of sanctions.

Ms. Levi was pleased with resumed banking ties between the two partners.  This practical and technical under-pinning makes trade with Iran much smoother and will allow business deals to come to fruition faster.  Switzerland will lend support to Iran to join the WTO and the convention on intellectual property rights, according to Ms. Levi.

Since the Swiss President, Johann Schneider-Ammann, visited Iran in March, the two countries have had regular discussions on economic ties between Iran and Switzerland against a backdrop of increasing interest in investment in Iran.

Oil production has been doubling since talks on the lifting of sanctions against Iran, said an official spokesman, Mohammad Baqer Nobakht, earlier this week.  Other reports refer to a property boom picking up momentum once more since the sanctions were eased. The construction and architecture industries are seeing more call on their services as the economy expands.

The Swiss have a high standard of living and Iranian people are increasingly aspiring to similar contemporary and even luxury lifestyles which is fuelling the construction industry.  The demand for tourist infrastructure, such as holiday accommodation and hotels adds to the new opportunities for growth.

Many businesses are optimistic about the fact that "Iran is opening its doors to the world," as the architect, Reza Mafakher of Xema said in an interview with Dezeen.  Mafakher also commented that he thought that "This represents the beginning of a boom in the industry," and "We believe that we are on the verge of a new era for Iran and its architecture."

Whilst construction will be a key driver of economic progress in Iran, this is just one sector that the Government are prioritising. Good relations with one of the countries with the highest per capita incomes in Europe, whilst remaining independent of the EU can only offer better import and export opportunities for Iranian companies looking west for expanding business networks and deals. Switzerland is also renowned in the West for its financial services expertise.

Speak to the White Rose Group about building ties with overseas investors such as Switzerland. Our extensive business networks and knowledge of transportation logistics and freight forwarding, as well as sister companies specialising in allied sectors will be able to realise your company’s business development aspirations faster.