Home > News > The Chabahar Treaty and Beyond

The Chabahar Treaty and Beyond 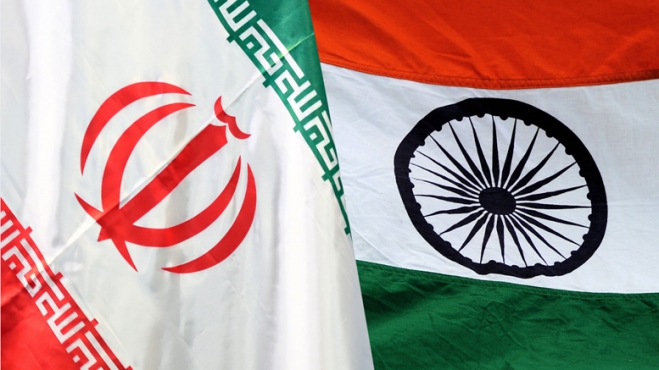 The Chabahar Treaty, is a tripartite Free Trade ground shipping route between Iran, India and Afghanistan, which has been receiving a lot of attention in the business world of Central, South and East Asia of late because of the immense capacity it has to boost international import and export business opportunities, particularly for Iran and India.

Signed on May 23rd this year, it solidifies India’s $500m investment in Chabahar Port with a credit line extension to Iran approaching $200m in total.   $150 million will be via EXIM Bank, initially (Export-Import Bank of the United States); EXIM is the official export credit agency of the United States, which the White Rose Group hopes bodes well for resolution of outstanding hold-ups in Iranian companies being able to carry out dollar denominated transactions.

Dr. Hassan Rouhani, recognising the huge significance of the three way deal declared the day of signing, the ‘Day of Chabahar’.  However, the implications go way beyond the bounds of this Free Trade Area (FTA).  It offers not only greater sea freight options for businesses in the region, but better connectivity for rail and road freight transport from Chabahar to the Commonwealth of Independent States (CIS) countries and beyond to Europe and China.

Compared to the already well-established sea freight shipping routes, the Chabahar Treaty is likely to be a boon to Central and Southern Asian businesses seeking global shipping opportunities and options to reduce the cost and time of freight transport to Europe, which could now be improved by up to 50 per cent, it has been reported.

It also installs a key hub in an evolving transport network being established around the region, which Chabahar based freight forwarder companies can easily leverage.

Similar freight shipping frustrations experienced by expanding international companies elsewhere are now calmed.  For instance, the current Indian Ocean-European transport route goes via the Red Sea, Suez Canal and the Mediterranean; the Chabahar-focussed INSTC transport option could be up to 40% shorter.  Estimates put the cost reduction of Indian trade to be around 30% - financial resources much needed by this fast growing global super-power.

Prime Minister Narendra Modi signed the trilateral Treaty in Tehran, attended by Iranian and Afghani representatives .  This has opened terms for creating a free-trade corridor of road and rail freight networks as well as operational aspirations of all sides to the deal for freight forwarding from the Chabahar Port in Iran to Afghanistan.

Chabahar Port is key to Tehran’s transport infrastructure and global freight strategy as Iran’s only port with direct access to the ocean.  Apart from world class enhanced sea freight facilities, India’s investments will take in the development of the 500 km long Chabahar-Zahedan railway line, which adjoins the Pakistan and Afghan borders.  This means that should Afghanistan achieve greater stability and Pakistan opens its overland transport routes to India, companies operating in South Asia will have various logistics options available to them.

Meantime, the Chabahar Treaty means that existing political constraints between India and Pakistan can be by-passed until Islamabad adopts a pragmatic approach incorporating the value of trade between Iran’s two trade partners.  However, India’s transportation infrastructure investments here will reduce distance, time and cost for trade through the three countries.  This is good news for business.

The planned International North-South Transport Corridor will strengthen trade for all three countries.  As India seeks to diversify its sources of energy away from the Middle East, India’s investment in gas projects in Iran strengthens scope for  further joint ventures.

Iran currently seeks to diversify industrial output as well as widen its trading networks.  The Chabahar Treaty is a complement for Tehran trade officials to the Chinese Silk Road project.  Whilst this will connect China’s north-western Xinjiang province with Pakistan’s Gwadar Port on the Arabian Sea, it also offers scope for Iranian companies to move products overland to its Central Asian partners.

For India, the Chabahar allows them to build an infrastructure network in the region to counter China’s influence and power.  A classic example of India’s need to penetrate Central Asian markets and compete with China is the move by Indian steel companies to export steel rails worth $150 million to Iran this month.  This deal forges ahead the rail network developments at Chabahar Port and lays the foundations of other huge trade deals.

This consignment of rail and to be shipped by Indian steel companies is worth $150 million alone.  However, India’s Minister of Road Transport and Highways Nitin Gadkari said that his country would also invest billions of dollars in establishing industries including aluminium smelting to urea plants and more in Iran's Chabahar free trade zone.

Iran’s potential for business opportunities with overseas companies and stronger ties with governments in the region strengthens month on month and the White Rose Group will be bringing news on developments as we learn about them.  Our business networks are extensive, but we are keen to hear about what our clients want to read about from us too, so be sure to contact us with any of your comments or questions.