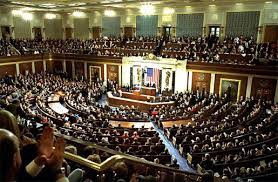 The pressure is increasing recently for the U.S. to take a more progressive stance in relation to the lagging sanctions that still hold back banks with American based branches processing dollar denominated transactions.  The continuing reluctance of banks to do business on behalf of companies who do business in Iran is slowing down Iran’s capacity to return to a level of trade equivalent to before trade sanctions.

The Times of Israel has just reported that the White House is criticising bills just passed by right wingers in the American House of Congress – a seat of national government – go against the deal reached with Tehran this January in Geneva.

President Barack Obama has said that he will intervene in three pieces of U.S. legislation because of terms which give succour to those who would scupper the easing of sanctions against Iran.

The White House declared that such moves would contradict agreements made to ease trade sanctions and even expand existing sanctions.  Apart from creating obstacles to finance, this also prevents the U.S. from procuring Iranian exports of heavy water, containing nuclear elements in accordance with their commitments under the Joint Comprehensive Plan of Action – the nuclear deal struck this year.

According to the White House: “The President has made it clear that he will veto any legislation that prevents the successful implementation of the JCPOA.”

In particular, Republicans have tried to bloack Boeing and Airbus from following through on deals made to sell commercial aircraft to Iran.  In addition,  they have tried to reduce the president’s authority to relieve sanctions against Iran.   Boeing want to sell civilian aircraft to Iran, in a deal possibly worth $25 billion.  Those in the heavy engineering industries should watch positioning in the run up to the U.S. presidential elections in November.

The Wall Street Journal, a major financial publication in America, openly calls the JCPOA deal ‘the Disastrous Iran Deal’.   Agreed in principle a year ago this week, the Bundesamt für Verfassungsschutz, (BfV), the intelligence service for Germany has added to the bad news emerging from the West, which puts a dampener on celebrating this historic breakthrough.

Its annual report for 2015 says: “The illegal proliferation-sensitive procurement activities [by Iran] in Germany …persisted in 2015 at what is, … a quantitatively high level. This holds true in particular with regard to items which can be used in the field of nuclear technology.”

Missile technology is seen favourably in Tehran and the concern amongst American and German security experts is that “Iran will continue its intensive procurement activities in Germany using clandestine methods ...”  Iran is obliged under the Geneva agreement to purchase nuclear- and missile-related materials via an official ‘procurement channel’.  Germany’s leader, Angela Merkel

warned their government ministers in the Bundestag last week that Iran “…continued to develop its rocket program in conflict with relevant provisions of the U.N. Security Council.”

Currently, the U.S. is weighing up support for Iran’s membership in the World Trade Organization, which could open up massive trade opportunities for Iranian companies and potential partners abroad wishing to do business in Iran.  Obama’s administration has also encouraged the Financial Action Task Force to ease constraints on Iran’s capacity to exploit international trade opportunities. Under a potential leadership of Hilary Clinton, it remains to be seen if trade with Iranian companies will be received more favourably.

Meantime, more banks are reviewing operations in Iran and the world’s third largest government and company ratings agency, Fitch Ratings, are visiting Iran, in order to study this country's fast increasing redevelopment.   In particular, they are reviewing Iranian financial and banking sectors and we await the news here.

Central Bank of Iran officials are also reported that they intend to create an anti-money laundering backdrop for business which will also counteract any efforts at terrorism that could undermine progress of the people or Iran. Iran’s counter-terrorism financing law seems likely to restore global confidence in the benefits of doing business with Iran.