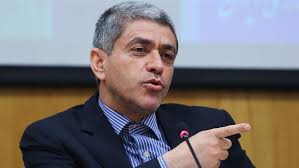 Already we are one year on from the initial formulation of the nuclear accord that heralded the opening up of whole new import and export business opportunities for Iranian companies.  However, we know that some business owners are still feeling that the reality has fallen short of expectations.  The White Rose Group predicted then that business development would not really kick in until next year.  A recent interview between Bloomberg, the internationally renowned business site, and our Economy Minister, Ali Tayebnia, confirms that opening up Iran to international trade has been like turning a shipping container around – slow and steady…

Asked about his expectations for Iran’s future economic growth, he acknowledged that sanctions against Iran had slowed down the economy.  However, the negative growth in 2012-2013 has already been turned “…negative economic growth positive”, due to assiduous intervention from Rouhani’s government, despite lingering elements of sanctions.  By 2014 economic growth became positive, by 3%.  Since then, the severe decline in oil prices has limited this to 1 percent growth, due to oil dependence, which Tehran seek to remedy by encouraging a more diversified economy.

This year, the Minister forecasted that the country may achieve 5% economic growth, due both to increased oil production and boosting of exports generally. Minister Tayebnia said that he expects this to form the basis of “…increased production in other sectors”.  As businesses increase their production, suppliers and sub-contractors also benefit from increased orders, so that cash flows through the economy more.

Despite frustrations of some business owners, there is a renewed optimism in the business sector at home and abroad, according to Tayebnia’s interview.  This creates a welcoming backdrop and confidence for foreign investment in Iran’s private sector.  Iran’s international trade ranking has jumped from 152 to 117 recently and the government is expecting to see a recovery in Iran’s economic performance.

Iran’s financial system has undergone reforms to make the country more robust and able to sustain growth.  The banking system and the capital markets are now in a better position to finance economic activity in Iran. All this bodes well for a continued upward trend in the economy, as capital markets provide more finance for businesses seeking to obtain capital to scale up operations and move more exports from Iran and the banks provide the ‘liquidity’ for transactions to happen.

Companies looking at the direction Tehran seeks to head in should research Iran’s Sixth Economic Development Plan, which aims to hit 8% economic growth.  The Minister is optimistic that this is entirely possible if current business optimism and determination of Iranian companies and their agents continue to work to build on the level of international project management already underway.

Iran’s economic institutions have adopted policies of the “economy of resistance” to raise the country’s productive capacity, based on the country’s real economic circumstances and Tehran’s wider strategic aims.

Economic reforms now have a greater chance of supporting the building of legitimate business practices; the FATF decision, in particular, limits the possibilities of corruption and extortion that can dog growing businesses.  When asked about what this involved, the Economy Minister said: “…laws combating money-laundering and also anti-terrorism financing laws, regarding which we have undertaken some very good measures in the past few years.”

He added: “All the bills and the rules and guidelines for the implementation of this law have been provided for all the organisations and institutions that can be involved in anti-money laundering affairs including the banking system.”  This is an aspect of The White Rose Group’s work taken very seriously; compliance with legal obligations is a real risk for businesses forging partnerships with companies whose record might not always be clear. Compliance and clearance through customs can be a challenge for Iranian companies seeking to expand into overseas markets.

For business owners seeking expansion, it is important for them to do their due diligence and work with trusted partners, as the government uses intelligence gathering technologies which have sophisticated detection systems for any suspicious money-laundering activities.   Institutions are obligated to report any suspicious activities to the Financial Intelligence Unit, part of the Ministry of Economic Affairs and Finance.

Reform of Iran’s financial markets and the banking system will mean simpler and cheaper financing options for industry.  Financing of development projects need no longer be down to availability of financing from Iran’s banks, as before.  Their capacity to support business was not strong enough to support the kind of growth Rouhani wants to see for the country.

Iran will see new supplies of investment for businesses seeking to expand from e.g. private investment funds and the capital markets, who can take a longer term approach for larger companies seeking expansion, for instance. Similarly, for smaller and medium sized enterprises, the lending power of banks will increase as the cost of borrowing decreases.

Ali Tayebnia referred to these new arrangements having a time frame attached also, in order to underpin the road forward for businesses looking ahead.  Ministers, he said, have “…quantitative targets we ought to reach.”  This is good news, as it means that officials can now be held to account when there are bumps in that road to a stronger economic future.

The Minister said that their plans were ongoing, with new aspects of economic reforms creating the renewed economic landscape in which freight forwarders and their clients will be operating from now on, all of which is good news for our readers.